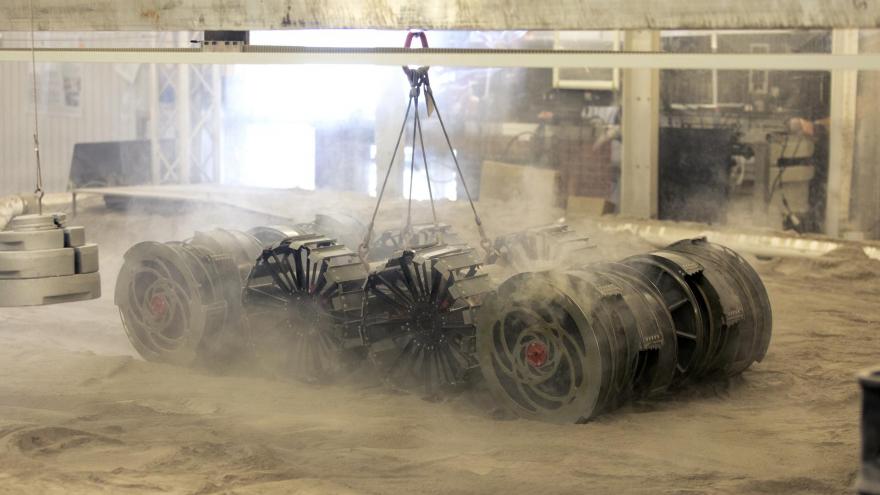 (CNN) -- If you enjoy solving problems and suddenly have a little more time on your hands because everything is canceled, consider helping NASA design a robot that will operate on the moon's surface.

NASA's Artemis program aims to land the first woman and the next man on the lunar surface by 2024 and establish a sustainable presence on the moon. That presence will require robots working ahead of a manned landing, as well as alongside humans.

One of the robots NASA wants to send is similar to the excavators used on Earth in mining and construction. It would collect lunar soil, called regolith, and be able to move it around as well.

The goal of these excavators is to transport the regolith to a lunar-based processing plant and extract hydrogen, oxygen and water that can be used on life support systems for astronauts on the moon. 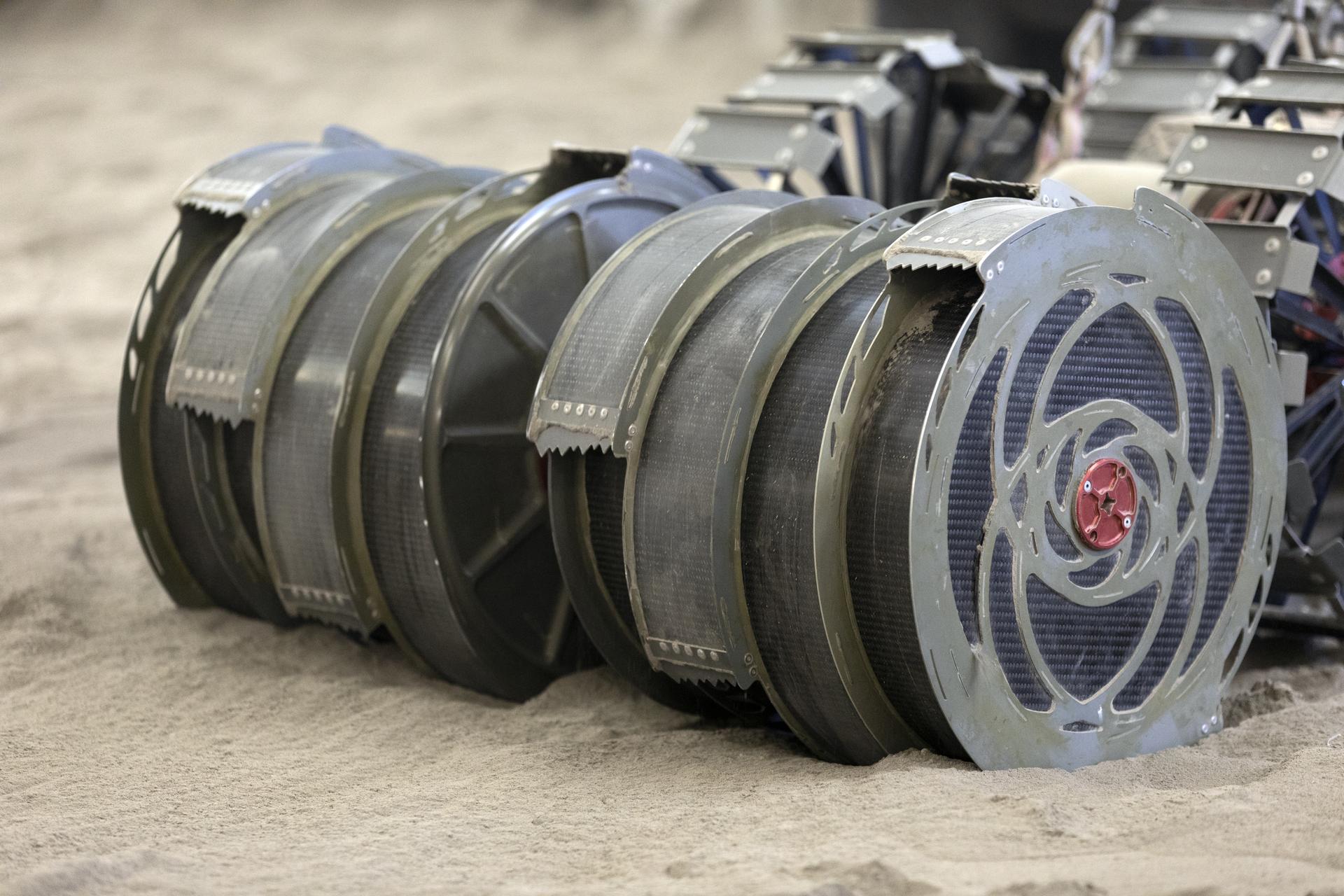 On Earth, excavators use their weight to dig and provide traction. But payloads sent to the moon must be lightweight, which presents the challenge of configuring a lighter excavator still capable of heavy duty workloads.

NASA's engineers have already dubbed the robot RASSOR: Regolith Advanced Surface Systems Operations Robot. And they've been testing out a version of it in a literal sand box at NASA's Kennedy Space Center in Florida -- except this sand simulates moon dust. (Regolith is very fine, but it also has sharper edges that create a rough texture).

But NASA needs ideas for a bucket drum to catch the regolith and keep it from falling back out again. Then, the excavator can move the regolith to another location and use reverse rotation to dump it back out.

Currently, the bucket drum on RASSOR consists of hollow cylinders found on both ends of the robot. Scoops are wrapped around the cylinders. They dig towards each other for balance.

Your mission, should you choose to accept it, is to create "a better shape for RASSOR's bucket drum and baffling, or sheet metal inside of it that can capture and hold more regolith," according to the agency.

The engineers are looking for a design that can successfully capture more than 50% of regolith, meaning that the drums will be more than half full at maximum capacity.

This could also be used on other planetary surfaces in the future, like Mars.

The design challenge is currently open and ends on April 20. It's hosted by GrabCAD, a website where you can share 3D models for your original design.

"We've held challenges on GrabCAD in the past and they were very successful," said Jason Schuler, a robotics engineer in the Exploration Research and Technology Programs at Kennedy Space Center.

"As a repository for computer-aided design, the platform helps us reach professional designers, engineers, manufacturers and students outside of the space industry who may have an idea that could benefit NASA," he said.

Entries will be judged based on the mass, diameter and length of the bucket drum, scoop width, practicality and the volume of regolith that can be captured. And, of course, you must describe how your design works in addition to providing 3D files.

"With RASSOR, we're no longer relying on the traction or the weight of the robot. It is possible to excavate on the Moon or Mars with a really lightweight robot," Schuler said. "RASSOR is excavation and transportation all in one, but we'd like to improve the design."

So what's in it for you, besides the bragging rights of saying you helped design a key component of a robot that will work on the moon?