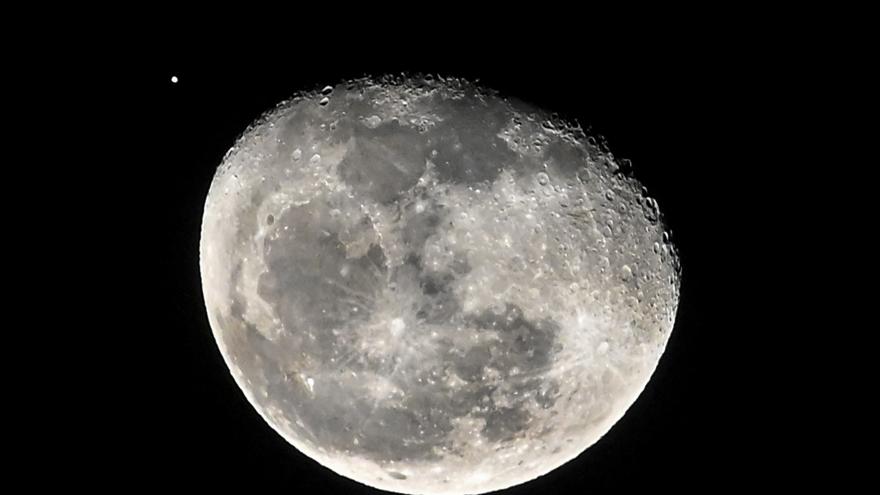 (CNN) -- NASA wants to purchase loads of rocks and dust from private-sector companies that could collect them from the moon, the latest step in the space agency's decade-long push to commercialize space exploration.

The official request, published Thursday, states that NASA is willing to pay for samples between 50 and 500 grams — up to about a pound when weighed on Earth. And NASA said the funds will be paid in full once companies can "provide imagery," proving the samples have been harvested and full ownership of the samples is transferred to NASA, according to the announcement.

The space agency hopes that the materials will be collected by 2024, and said that bids are welcomed from companies all over the world.

NASA noted in its announcement that the goal of the US government is to create policies that will "encourage international support for the public and private recovery and use of resources in outer space." Spurring private-sector investments in space technology will push science and exploration efforts beyond what only taxpayer money could achieve, the thinking goes.

"We know a supportive policy regarding the recovery and use of space resources is important to the creation of a stable and predictable investment environment for commercial space innovators and entrepreneurs," NASA said in its announcement Thursday.

NASA confirming that it would pay companies for moon rock samples establishes an important legal precedent, said Casey Dreier, the chief advocate and a senior policy adviser at the non-profit Planetary Society.

The idea of whether a country — or business — should be able to own or sell extraterrestrial resources is hotly contested in international law. The widely ratified 1969 Outer Space Treaty isn't expressly clear on the subject, and a 1979 moon treaty seeking to clarify the issue has only been ratified by 18 countries. (The United States isn't one of them.)

NASA's new policy essentially confirms that, in the eyes of the US government, companies can make money off of resources they collect, Dreier said. That could encourage venture capitalists and others to invest more in space exploration technologies.

The companies involved in NASA's Commercial Lunar Payload Services program, for example, are relying mostly on NASA funding to develop small robots that can deliver cargo to the lunar surface. The space agency's new policy could signal to investors that if those companies also wanted to harvest Moon rocks, they'll be able to make money off those activities.

But, Dreier also notes, there are no guarantees that there is profit to be made by collecting lunar samples. Nor is it clear right now how big of a commercial market could actually be viable in outer space.

"That's kind of the grand experiment that we're actually starting to run now," Dreier said. "No one really knows the answer to: Can we bootstrap a self-sustaining marketplace?"

Dreier said he also recognizes that a lot of people in the United States and abroad don't like the idea of anyone claiming objects found in space as their own. And he said those concerns are not unfounded.

"There is a conflict with a commercial resource exploitation model...A lot of resource extraction, theoretically, could undermine aspects of scientific knowledge about these destination," he said. "You really have to think about how you prioritize getting as much science from these currently pristine environments that you can before you start to see serious commercial exploitation — because that will probably happen."

But, Dreier added, he doesn't think its wise to rein in commercial activity yet, either.

"I think that that's going to be required for us to have a broader, deeper, permanent presence and space. You have to have more than just taxpayer funds," he said. "We've seen that story over the last 60 years."