NASA sold moon landing footage to an intern for $218. Now, the tapes could sell for millions 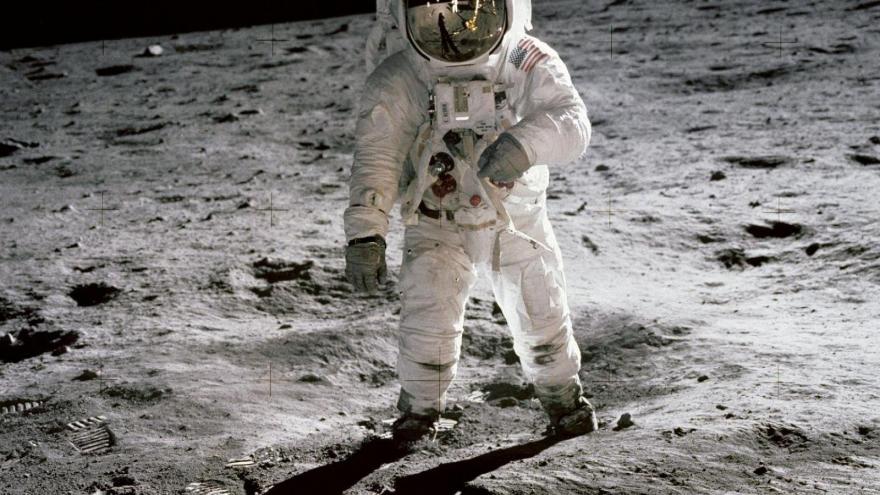 In 1976, the space agency unknowingly sold those tapes of original footage from the Apollo 11 lunar mission to a lucky intern who held onto them for decades. He never even knew their contents.

Now, NASA's blunder will belong to the highest bidder: the three surviving videotapes of the seminal moment in space exploration are up for auction--at a starting bid of $700,000.

According to Sotheby's, the tapes are worth up to $2 million. Bidding begins July 20, on the 50th anniversary of the moon landing.

The two-and-a-half hours of footage provide the sharpest image of the history-making mission ever recorded, from Neil Armstrong's first steps on the moon's surface to an interplanetary conversation with then-President Richard Nixon to the planting of the American flag.

The tapes were sold by accident to NASA intern Gary George in 1976, who purchased the set unknowingly among 65 boxes of videotapes at a government surplus auction for $217.77.

He resold most of the tapes to local TV stations for a profit but held onto three of them labeled "APOLLO 11 EVA | July 20, 1969 REEL 1 [-3]" at his father's suggestion, according to Soethby's.

It's wise he did: an EVA, or extravehicular activity, is also known as a spacewalk, and his tapes captured the first lunar EVA.

More than 30 years later, after George heard NASA was trying to track down the footage for the moon landing's 40th anniversary, he took the unidentified tapes to a video archivist and viewed them for the first time.

It was then he realized he'd accidentally purchased the sharpest footage of the lunar landing ever recorded.

Whoever purchases the footage will join an exclusive club of viewers: George watched the tapes once more to digitize them and save them on a hard drive, which is included in the tapes' sale. Sotheby's staff viewed them once to assess their quality, which they found to be "faultless."

Still, it's unlikely the highest bidder will snag a bargain like George did.