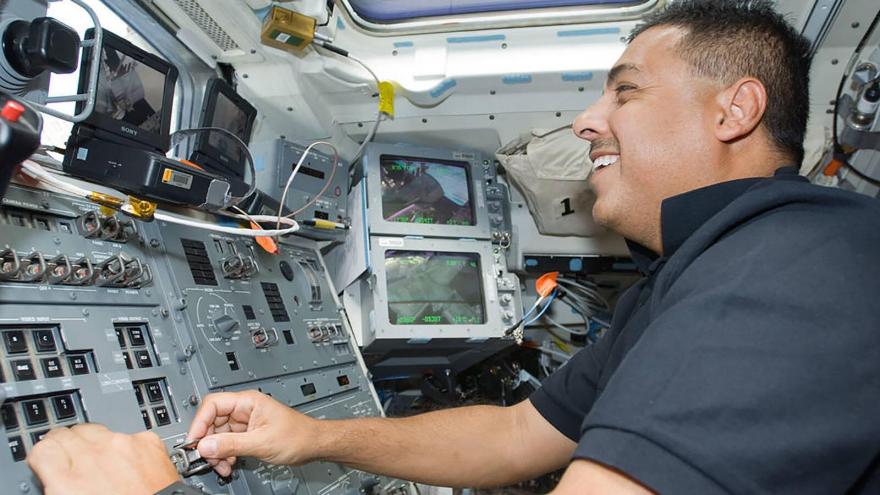 Former astronaut José Hernández working controls on the flight deck of space shuttle Discovery while docked with the International Space Station on August 31, 2009.

(CNN) -- Your name up in the sky and among the stars. Sounds like something out of a glamorous Hollywood movie, but it's a reality for 27 space explorers.

The new names honor African American, Hispanic and Native American astronauts, and one cosmonaut to inspire the next generation.

Marc W. Buie, an astronomer who discovered the 27 asteroids, told NASA it was "an honor and a privilege to name these asteroids in recognition of fellow space explorers while also adding to the message of the power and value of diversity for all human endeavors."

Before, these asteroids were originally named in relation to their position in space, but now José Hernández gets to look up knowing that his asteroid, (122554) Joséhernández, is in orbit.

Hernández was part of a migrant farming family and spent his childhood working in the fields. By the time he was in high school, Hernández knew he wanted to be an astronaut, inspired by the work of Franklin Chang-Díaz, the namesake of another of these asteroids, (115015) Chang Díaz. Hernández then went on to get two degrees in electrical engineering which he used to develop the first full-field digital mammography imaging system.

Another story is the one behind asteroid (103739) Higginbotham.

As an electrical engineer at NASA's Kennedy Space Center in Florida, Joan Higginbotham had a role in 53 shuttle launches. She even visited space herself aboard the shuttle Discovery to the International Space Station (ISS), where she served as a mission specialist on an assembly mission.

All 27 asteroids are in one belt between Mars and Jupiter, and the team in charge of naming these asteroids at the International Astronomical Union (IAU) says it plans to continue adding more diverse names to the sky in the future.

You can find the stories and locations of all 27 asteroids here.

Correction: An earlier headline on this story listed the wrong agency that named the asteroids. It is the International Astronomical Union.