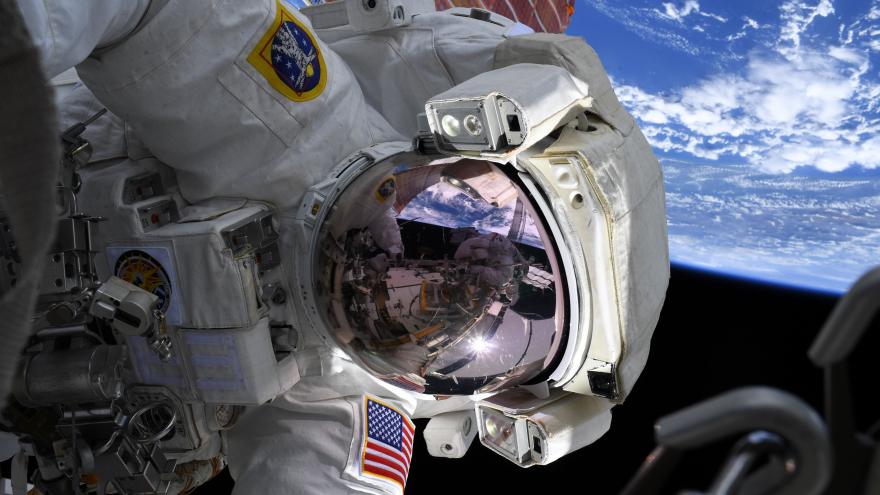 (CNN) -- The moment is finally here. NASA is accepting applications for aspiring astronauts.

NASA wants to send another man and the first woman to the moon by 2024. This next class of astronauts, part of the Artemis Generation, will help it get there -- and eventually to Mars -- by the mid-2030s.

"America is closer than any other time in history since the Apollo program to returning astronauts to the Moon," NASA Administrator Jim Bridenstine said in a news release. "We will send the first woman and next man to the lunar South Pole by 2024, and we need more astronauts to follow suit on the moon, and then Mars."

Before you get lost in visions of yourself floating in space, keep in mind that the competition is stiff. The last time that NASA took applications for new astronauts in 2015, a record-breaking 18,300 people applied.

"Those who apply will likely be competing against thousands who have dreamed of and worked toward going to space for as long as they can remember. But somewhere among those applicants are our next astronauts, and we look forward to meeting you."

Since the 1960s, 350 people have trained as astronaut candidates under NASA, the agency said. Currently, there are 48 astronauts in the active astronaut corps, but the agency said it needs more of them to help further its exploration efforts.

NASA said the new astronauts could live and work aboard the International Space Station, and take part in experiments that prepare for more distant space exploration. Or they could launch on new spacecraft and dock at Gateway, the new spaceship that NASA is planning that will orbit the moon. Once the agency completes its second moon landing in 2024, it plans to send astronauts to the moon every year on expeditions.

Those exploration efforts will hopefully help the agency prepare to send people to Mars in the mid-2030s, NASA said.

If you think you've got what it takes, you can apply on the USAjobs website from now until March 31. Those interested in applying will need to be a US citizen and have an advanced degree in a STEM field, along with at least two years of related professional experience or at least 1,000 hours of pilot-in-command time in jet aircraft.

Candidates will have to pass the NASA long-duration spaceflight physical and an online assessment.

NASA says it will select its new class of candidates in mid-2021.