NASA honors its fallen heroes on Day of Remembrance 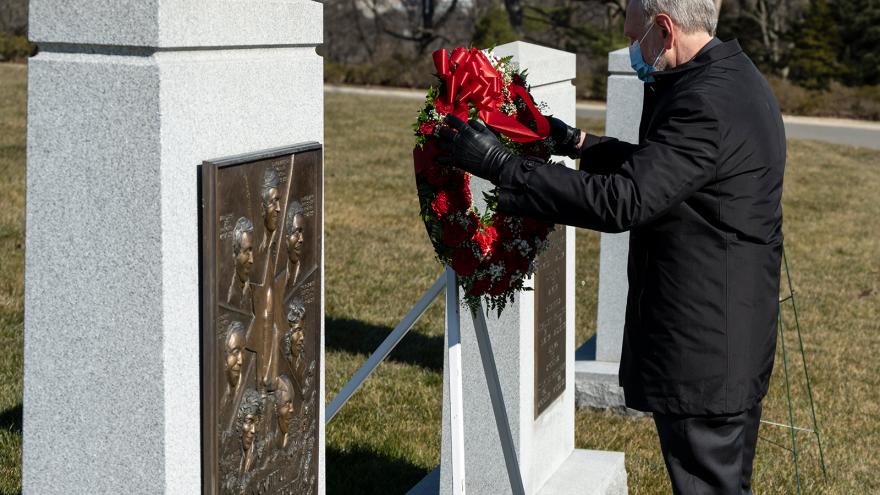 (CNN) -- The National Aeronautics and Space Administration (NASA) is honoring all the men and women who lost their lives while furthering the cause of space exploration and discovery.

NASA paid tribute to its fallen heroes on Thursday, including the crews of Apollo 1 and space shuttles Challenger and Columbia. This year also marked the 35th anniversary of the Space Shuttle Challenger disaster.

"NASA has a unique culture that is fueled by possibility, set on a path to the next giant leap for humanity, and guided by its history. The lessons of our past are the enduring legacy of the brave women and men who did not put limits on what could be achieved, and we all recognize the honor of being counted among them as part of the NASA family," said Acting NASA Administrator Steve Jurczyk.

The Day of Remembrance was marked with a wreath-laying ceremony at the Space Shuttle Challenger Memorial at Arlington National Cemetery. Several NASA centers commemorated the day as well.

"Today, on NASA's annual Day of Remembrance, we pause to remember the brave men and women who made the ultimate sacrifice in the name of exploration and discovery. Space exploration is a noble endeavor that can advance our pursuit of knowledge and innovation. However, we must never take it or its risks for granted," said Eddie Bernice Johnson, Chairwoman of the House Science, Space, and Technology Committee.

Seventeen lives were lost in the three disasters. The Space Shuttle Challenger exploded just 73 seconds after liftoff, killing all seven crew members on January 28, 1986. The crew included Christa McAuliffe, who would have been the first teacher in space. On February 1, 2003, the Columbia broke up upon reentry during mission STS-107, killing all seven crew members on board. And three astronauts were killed in a fire during a rehearsal launch for the Apollo 1 on January 27, 1967.

"The heroes we honor today each shared a relentless dedication to pursuing a better future for all -- a true testament to the American spirit," Johnson added.