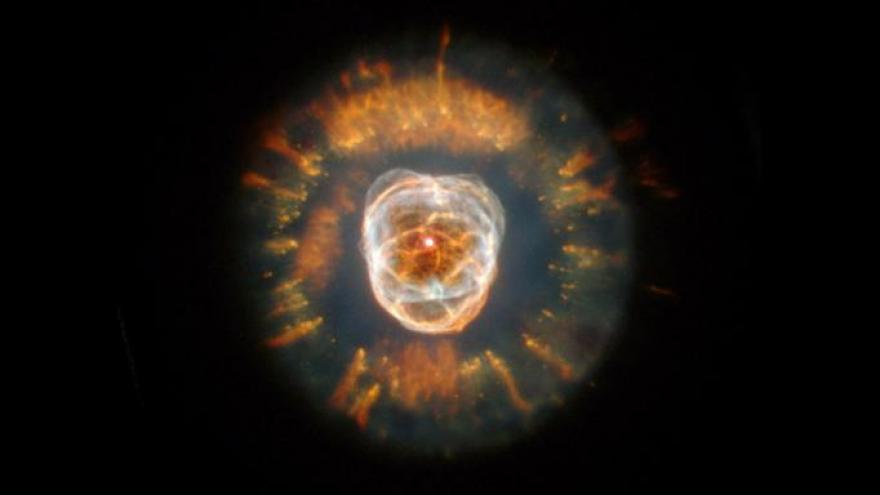 Seen in this NASA photo, nebula NGC 2392 is no longer called the "Eskimo Nebula," an offensive term. It is about 5,000 light years away.

Now, NASA is adding celestial bodies to the list that includes Aunt Jemima, the Washington Football Team and hitmakers The Chicks and Lady A.

"Eskimo Nebula" and "Siamese Twins Galaxy" are out, for example.

"Nicknames are often more approachable and public-friendly than official names for cosmic objects, such as Barnard 33, whose nickname 'the Horsehead Nebula' invokes its appearance," NASA said in a release this week. "But often seemingly innocuous nicknames can be harmful and detract from the science."

NASA is examining its use of phrases for planets, galaxies and other cosmic objects "as part of its commitment to diversity, equity, and inclusion."

The space agency says it "will use only the official, International Astronomical Union designations in cases where nicknames are inappropriate."

Thomas Zurbuchen, associate administrator of NASA's Science Mission Directorate in Washington, DC, said, "Science is for everyone, and every facet of our work needs to reflect that value."

In June, Dreyer's Grand Ice Cream said it was dropping the brand "Eskimo Pie" after a century. The word is commonly used in Alaska to refer to Inuit and Yupik people, according to the Alaska Native Language Center at the University of Alaska. "This name is considered derogatory in many other places because it was given by non-Inuit people and was said to mean 'eater of raw meat.'" People of Canada and Greenland prefer other names.

"Siamese twins" is an antiquated expression for conjoined twins, based on brothers from Siam (now Thailand) who were used as sideshow freaks in the 19th century.

The renaming trend followed worldwide protests against racism and police brutality after George Floyd was killed by Minneapolis police.