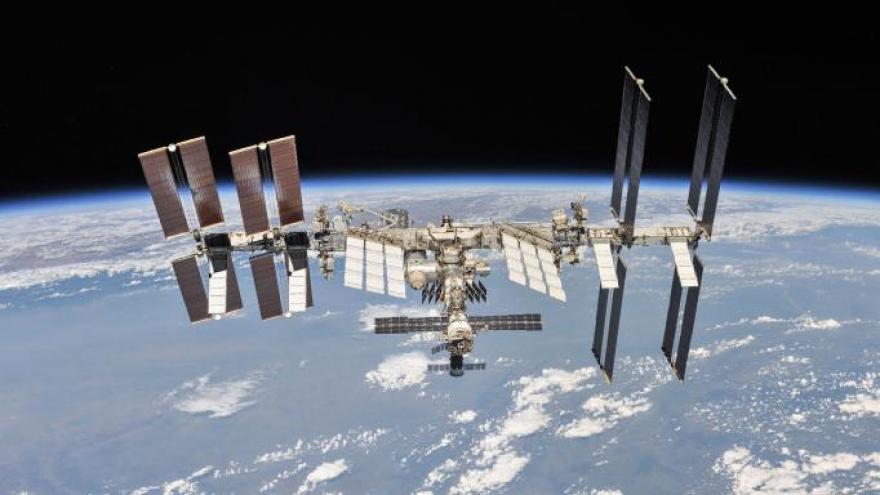 The International Space Station had to maneuver to avoid a collision with space debris on Tuesday.

(CNN) -- The International Space Station (ISS) narrowly avoided a collision with space debris for the third time this year.

The ISS used the thrusters of a cargo ship that was docked to the station along with NASA and Russian flight controllers working in tandem in order to avoid colliding with an unknown piece of debris, NASA said. The debris was expected to come within a mile of the station on Tuesday at approximately 6:21 p.m. ET, according to NASA.

There have been three "high concern potential conjunctions" with space debris in the last two weeks alone, and the ISS has had to maneuver three times to avoid debris this year, NASA said.

Low Earth orbit is an orbital space junk yard, according to NASA. There are millions of pieces of matter flying around, and it ranges from pieces of space craft to parts of rockets and satellites that are out of commission.

The three Expedition 63 crew members aboard the ISS were directed to the Russian segment of the station as "part of the safe haven procedure out of an abundance of caution," NASA said.

"The @Space_Station has maneuvered 3 times in 2020 to avoid debris," Bridenstine added in a follow-up tweet. "In the last 2 weeks, there have been 3 high concern potential conjunctions. Debris is getting worse! Time for Congress to provide @CommerceGov with the $15 mil requested by @POTUS for the Office of Space Commerce."

On February 11, President Trump released a budget proposal that included a $15 million request for the Office of Space Commerce to be able to "respond to current and future National Space Policy Directives." One of the goals of the Department of Commerce strategic plan is to make "improvements to visualization and modeling of objects (including debris) within the space environment."

No crew were harmed, and the US and Russian segments of the station were able to resume regular activities once the maneuver was completed, NASA said.