Nanny who killed kids while parents away convicted of murder 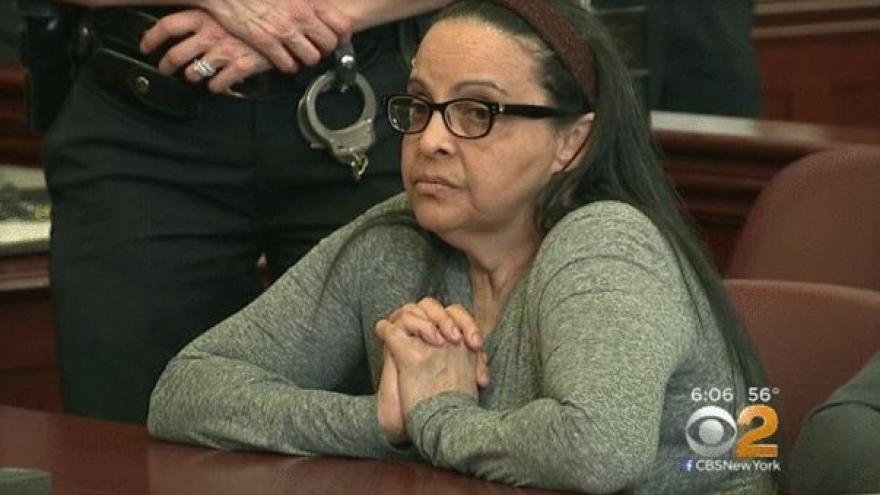 NEW YORK (AP/CBS) — A once-trusted nanny who butchered two children in her care while their parents were away was convicted of murder by a jury that didn't believe her claims she was too insane at the time of the crime to be held responsible.

Jurors on Wednesday found Yoselyn Ortega knew what she was doing when she killed Lucia Krim, 6, and Leo Krim, 2, in October 2012. Ortega expressed no reaction to the verdict, staring straight ahead as it was read, but later wiped tears from her eyes as she was led from the courtroom.

The children's father, Kevin Krim, sat in the front row, clasping hands with two alternate jurors who had been dismissed but stayed for the verdict. He hugged them, and they wept together.

The children's mother, Marina Krim, who had returned home to discover them dead in a blood-soaked bathroom, was not in the audience but posted photos of them online after the verdict and expressed her undying adoration for them, writing, "I love you."

Ortega's lawyer Valerie Van Leer-Greenberg didn't dispute that Ortega killed the children but contended she had an undiagnosed mental illness that worsened in the moments leading up to the attack. She said Ortega snapped and didn't know what she was doing when she stabbed the children to death.

Mental illness "does not announce itself like a bad cough or a limp," Van Leer-Greenberg said during closing arguments. "Sometimes it sneaks up and nestles in before anyone takes notice."

But prosecutors maintained that Ortega, who's from the Dominican Republic, acted out of jealous hatred of the children's mother.

"She did it intentionally with a full understanding of exactly what it was she was doing — every stab, every slash," Assistant District Attorney Stuart Silberg said during closing arguments.

The verdict capped an emotional seven-week trial that kept jurors and members of the audience in tears. Jurors heard heart-wrenching testimony from Marina Krim, who spoke of the sickening, desperate moments when she saw her children's vacant eyes, their small bodies perforated by stab wounds.

Krim had been at a swimming class with her 3-year-old daughter, Nessie. Ortega was to have dropped off Lucia at her dance class, and Krim was to pick her up. But when Krim arrived, Lucia wasn't there. Krim frantically tried to reach Ortega, who had worked for the family for more than two years.

Krim spoke of coming home to an eerily quiet apartment, darkened but for the light in the back bathroom, where she found the children and Ortega, who had stabbed herself in a failed suicide attempt.

Krim ran to the landing outside the apartment clutching Nessie and started screaming.

"It was a scream you can't imagine is even inside of you," she testified. "I don't even know where it came from. I just thought: 'I'm never going to be able to talk to them ever again. They are dead. I just saw my kids dead.'" 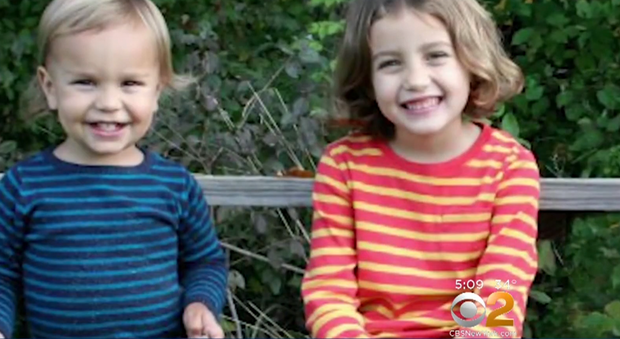 At Ortega's trial, the children's father, who had been on a business trip and received news of their deaths when his plane landed, spoke of walking down a long hallway at the hospital where he saw their bodies.

"They still had this perfect skin and these long eyelashes," Kevin Krim said. "They had like sandy brown hair. ... You could see they tried really hard to wash all the blood out, but there was still kind of an auburn tint to it that I remember to this day."

Jurors, who deliberated for more than a day, said the trial affected them deeply. One, David Curtis, an actor, said it was difficult for him to set aside thoughts of his own children, now in their 20s.

"It is horrifying to think of being in a position of having to experience or go through the process that the Krims had to go through," said Curtis, who had tears in his eyes.

Kevin Krim said after the verdict he and his wife wanted to thank the judge and the jurors "for their commitment to justice." He stood at a press conference with Manhattan District Attorney Cyrus R. Vance, who said, "Marina and Kevin have lived through the worst nightmare any parent could endure."

Ortega, who's 55, faces life in prison when she's sentenced next month. Had she been found not responsible, she would have been committed to a mental institution.

Marina Krim is a stay-at-home mom, and Kevin Krim is a former CNBC executive now at a startup. They use a Facebook page to post updates on how they're doing, writing about the arrival of two new children, Felix, born in 2013, and Linus, born in 2016.

The couple started the Lulu and Leo Fund, which aims to support innovative art programs for children. After the verdict, they posted a collage of images of Lulu and Leo.

On Instagram, Marina Krim posted a photo from atop the Empire State Building.

"You two never made it to the top but I'm up here now for the first time, in peace, on top of the world, remembering another lifetime and thinking of you," she wrote. "NYC, Lulu and Leo loved you and I love you too!"