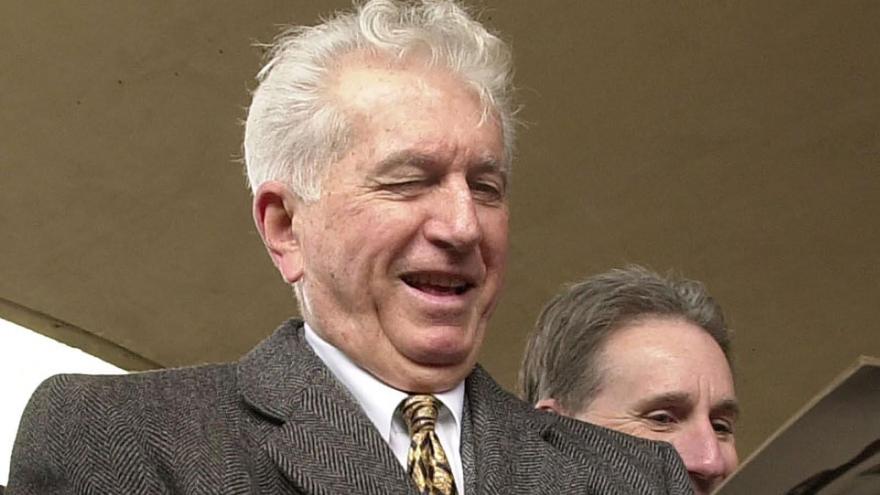 (CNN) -- Thomas D'Alesandro III, a former Baltimore mayor who led the city during the 1968 riots and brother of Democratic House Speaker Nancy Pelosi, has died.

"My husband Paul and our entire family are devastated by the loss of our patriarch, my beloved brother, Thomas D'Alesandro III," Pelosi said Sunday in a statement released by her office. "Tommy was the finest public servant I have ever known."

The Baltimore Sun reported D'Alesandro, who served as Baltimore's mayor from 1967 to 1971, died Sunday at his Baltimore home after complications of a stroke. He was 90.

Born to an Italian-American family and known as "Young Tommy," D'Alesandro had a political upbringing.

His father, Thomas D'Alesandro Jr., served in the US House of Representatives from 1939 to 1947 and as the mayor of Baltimore for 12 years after that. His sister, Nancy, became the first woman to serve as speaker of the House in 2007.

His mother Anunciata, who also went by Nancy, was an inventor who patented a device to apply steam to the face -- effectively an at home facial. She helped her husband in politics, supporting him as he became Baltimore's first Catholic mayor.

Pelosi, who just last week lost colleague and friend Maryland Democratic Rep. Elijah Cummings at age 68, also remembered her brother as someone dedicated to the family's hometown of Baltimore.

"His life and leadership were a tribute to the Catholic values with which we were raised: faith, family, patriotism. He profoundly believed, as did our parents, that public service was a noble calling and that we all had a responsibility to help others," she said.

Devout Catholics, Pelosi said her brother is now with the angels.

"All his life, Tommy worked on the side of the angels. Now, he is with them," she said.

D'Alesandro is survived by his wife Margaret, his children Thomas, Dominic, Nicholas, Patricia and Gregory, and his grandchildren "whom he adored," Pelosi said in the statement.

Baltimore Mayor Jack Young, a Democrat, expressed his condolences to Pelosi and the D'Alesandro family in a statement Sunday, saying the former mayor will be "remembered for his commitment to and love for" the city.

"He guided the city at a tumultuous time and made important strides while in office like creating summer recreation programs for youth, removing racial barriers in employment and education and laying the groundwork for what would become the world-famous Inner Harbor," Young said.