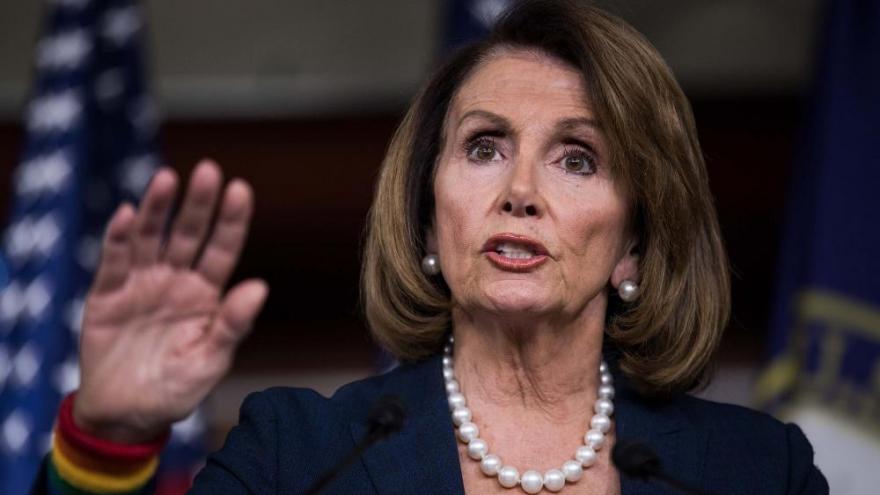 House Speaker Nancy Pelosi has tested positive for Covid-19, a spokesman for the California Democrat said on April 7.

"After testing negative this week, Speaker Pelosi received a positive test result for COVID-19 and is currently asymptomatic," Pelosi's deputy chief of staff Drew Hammill tweeted. "The Speaker is fully vaccinated and boosted, and is thankful for the robust protection the vaccine has provided."

Pelosi, the top House Democrat, is 82 years old. As speaker of the House, Pelosi is second in the line of presidential succession behind the vice president.

Hammill announced Pelosi's positive test result just before Pelosi was scheduled to have her weekly news conference with reporters, which was canceled. He also said a planned congressional delegation to Asia, to be led by Pelosi over the two-week congressional break, "will be postponed to a later date."

Pelosi was at the White House on Wednesday, seen next to President Joe Biden, as he signed into law a sweeping bill that overhauls the US Postal Service's finances and allows the agency to modernize its service. The House physician told CNN that attendees Wednesday had to have had a negative test within 24 hours of the postal event.

The White House said Biden was not considered a close contact of Pelosi. The White House also said the President tested negative Wednesday night as part of regularly scheduled testing and that Biden will continue to be tested regularly.

The string of positive cases has turned attention in Washington to the Gridiron dinner, an event that brings together some of the city's most prominent journalists, including from CNN, and the government officials they cover. Attendees had their vaccination status checked, but negative Covid-19 tests were not required to enter.

This is not the first time it has been reported that someone in close proximity to Pelosi has tested positive for Covid.

Last month, Irish Prime Minister Micheál Martin, known as the Taoiseach, tested positive for Covid while attending a gala in Washington, DC. Pelosi was seen seated next to Martin at the gala in a photo from the event.

In July 2021, a senior aide in Pelosi's office tested positive for Covid.