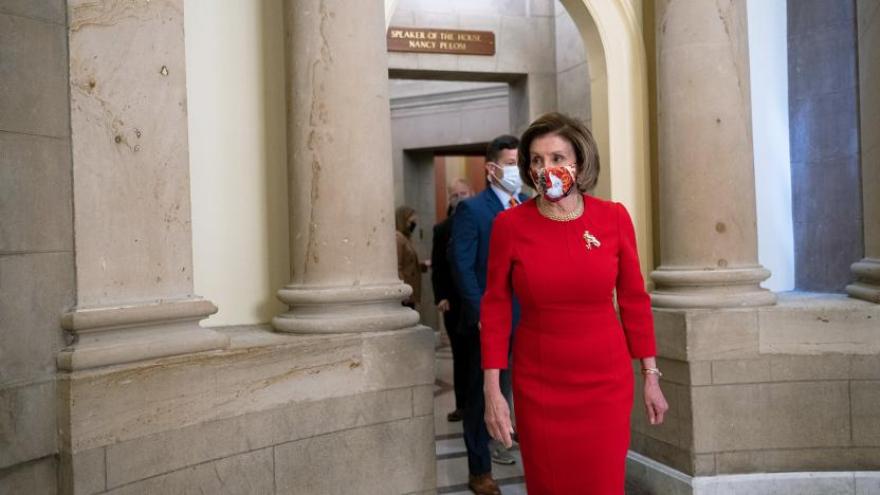 House Speaker Nancy Pelosi announced on that she plans to run for reelection, aiming to extend her more than 30-year run in Congress.

(CNN) -- House Speaker Nancy Pelosi announced on Tuesday that she plans to run for reelection, aiming to extend her more than 30-year run in Congress.

"I am running for reelection to Congress and respectfully seek your support," Pelosi, a Democrat from California, said in a video message posted on her political Twitter account. "I would be greatly honored by it and grateful for it."

Pelosi notably did not announce that she will run for speaker in her video announcement. She had promised in 2018 that this term would be her last in the position, but she has not confirmed if that is still her plan.

Pelosi's announcement for reelection comes as House Democrats are retiring in record numbers as district maps are being redrawn by Republican-controlled state legislatures to favor GOP lawmakers and the party faces potentially challenging midterm elections this fall. Democratic Rep. Jim Cooper of Tennessee on Tuesday was the latest Democrat to announce his retirement at the end of this Congress, bringing the total number of House Democrats retiring at the end of the term up to 29. But as a prolific fundraiser and experience as a deal maker, Pelosi is seen as crucial to helping Democrats running across the country.

In addition to retirements, Pelosi continues to grapple with how the slim Democratic majority in Congress is preventing the party from passing key pieces of President Joe Biden's agenda. Although Pelosi was able to finesse the bipartisan infrastructure bill through Congress, Biden's social safety net plan, known as Build Back Better, and key voting rights legislation remains stalled in the Senate due to factions and disagreements within the party about how to proceed.

"While we've made progress much more needs to be done to improve people's lives," Pelosi said. "Our democracy is at risk because of the assault on the truth, the assault on the US Capitol, and the state by state assault on voting rights. This election is crucial. Nothing less is at stake than our democracy. But as we say, we don't agonize we organize."

Pelosi's decision to run for reelection but not announce her run for speaker comes amid a larger conversation Democrats are having internally: whether it is time for the party to give way to younger leadership or whether Pelosi remains crucial to holding the party together at a moment when it needs a clear leader.