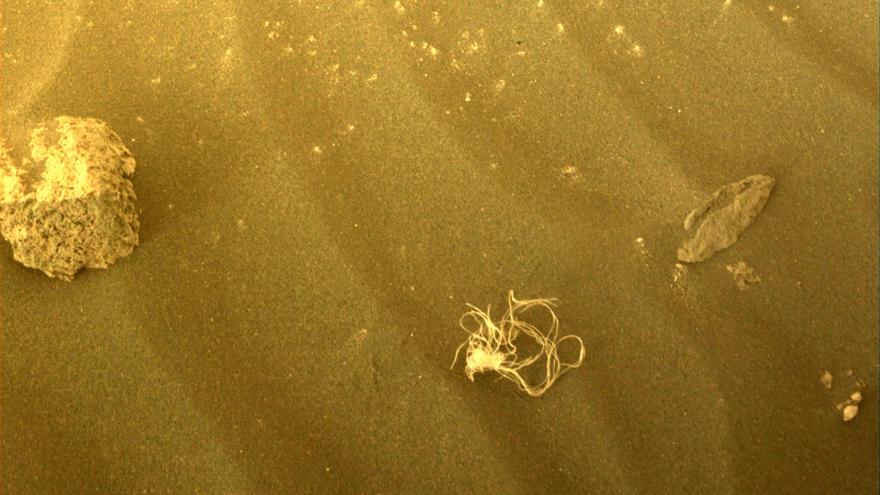 (CNN) -- NASA's Perseverance rover captured an unusual image of something lying in the red sand of Mars: a bundle of string.

The rover's front left hazard avoidance camera took a photo of the light-colored object on July 12 that some people likened to spaghetti.

Officials at the space agency confirmed that they believe the object to be a string left over from Perseverance's landing.

The string could be from the rover or its descent stage, a component similar to a rocket-powered jet pack used to safely lower the rover to the planet's surface, according to a spokesperson for the Perseverance mission at NASA's Jet Propulsion Laboratory in Pasadena, California.

Perseverance had not previously been in the area where the string was found, so it's likely the wind blew it there, the spokesperson said.

Currently exploring an ancient delta called Jezero Crater, the rover is looking for signs of microscopic life that may have called Mars home billions of years ago, the spokesperson said. This crater is where Perseverance originally landed on February 18, 2021.

When Perseverance revisited the site of the string four days later, the object was gone.

This is not the first time the rover has stumbled upon pieces of material left over from its descent on Mars.

Perseverance's cameras snapped a photo of a fragment of shiny foil in mid-June, according to a tweet from the rover's official account. The team believed it to be a part of the rover's thermal blanket, a thin material that regulates temperature, that may have fallen off during the descent stage.

The rover's team at NASA is researching more about the new piece of debris and plans to release more details later this week. 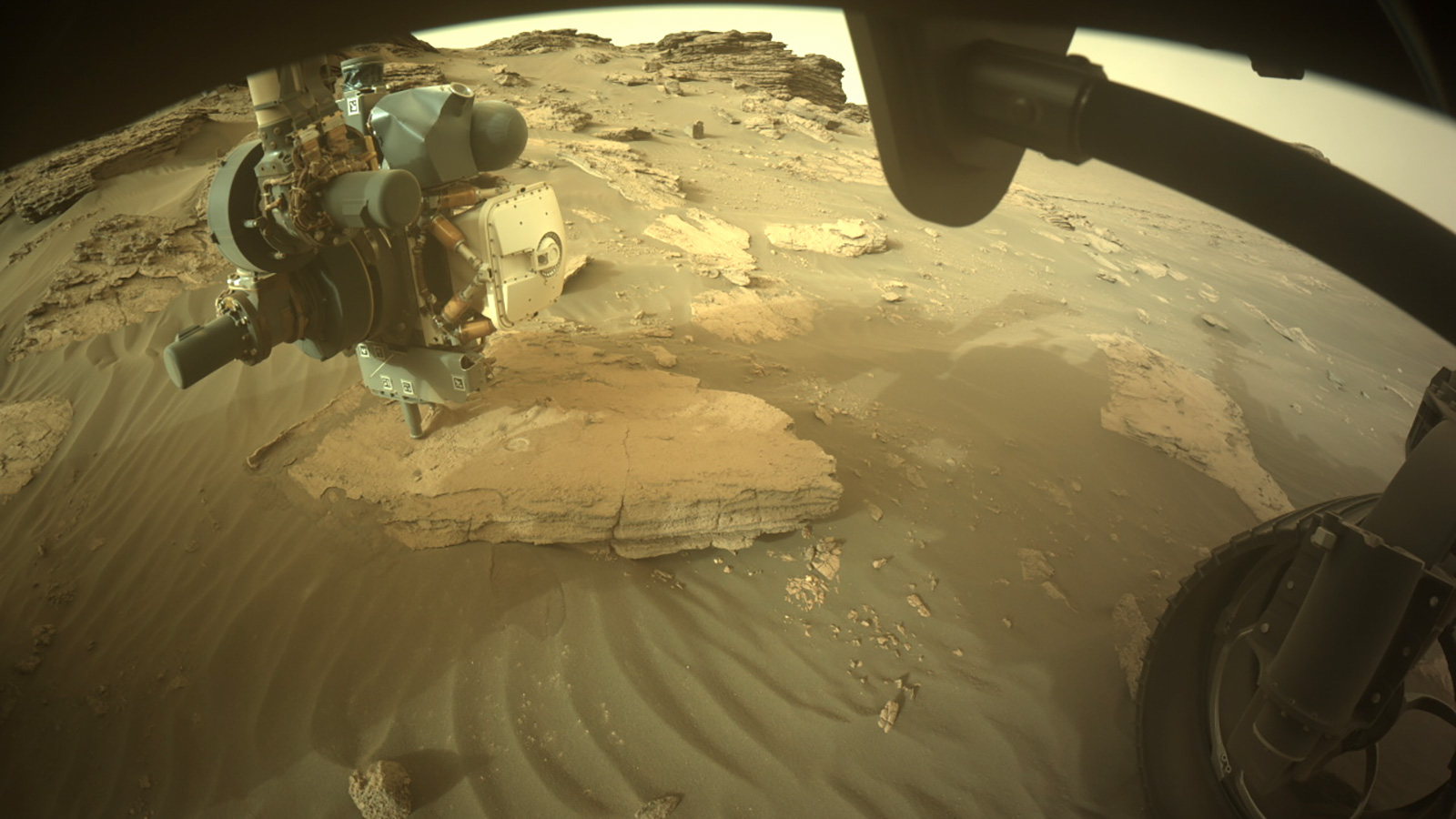