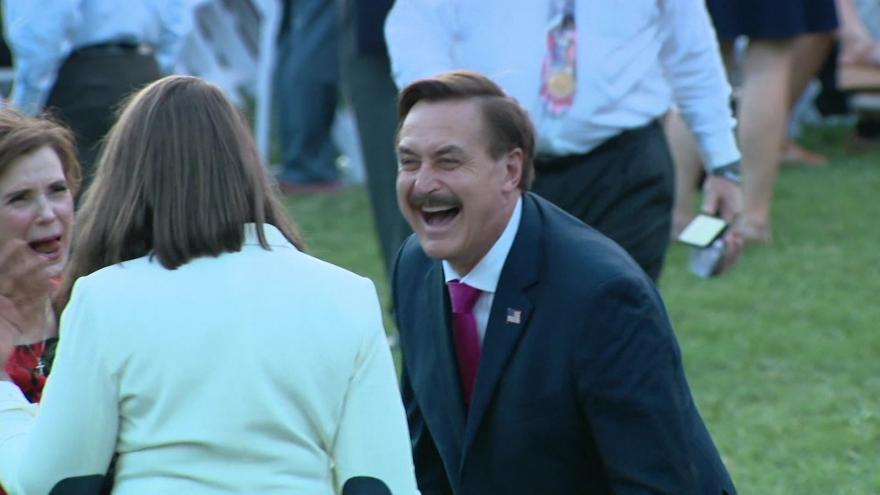 Twitter said in a statement that Lindell's new account was permanently suspended for violating its rules on ban evasion.