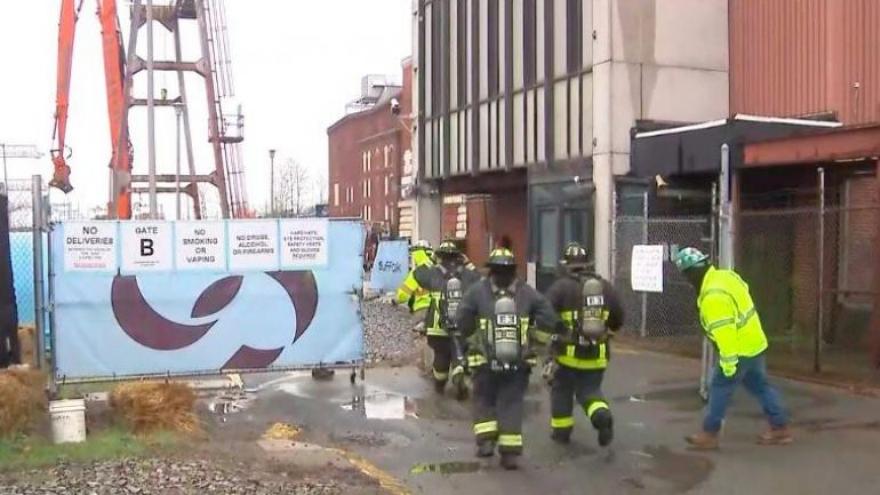 The Boston Fire Department and Boston Emergency Medical Services are on the scene and working to free the trapped victims, Watson said.

(CNN) -- A construction worker whose legs got trapped for more than three hours after a floor at a former power plant in South Boston collapsed has sustained life-threatening injuries, Fire Commissioner Jack Dempsey said at a news conference Wednesday.

Two other workers had minor injuries and were taken from the scene immediately, Dempsey said.

About 100 emergency responders helped in the rescue, including EMTs and paramedics who helped the victim with pain management. A surgeon was also brought to the scene due to the seriousness of the victim's injuries.

"It is a near miracle that our third person was able to be transported to the hospital safely, and we are sending every prayer for a quick stabilization and recovery," the mayor said.

Dempsey said the building is old and weak, and "demolition jobs are dangerous."

The worker who was trapped was conscious throughout the rescue, he said.

According to CNN affiliate WCVB, the plant is not active and the site was sold to a developer who has proposed a mixed-use development with residential, retail and hotel space.