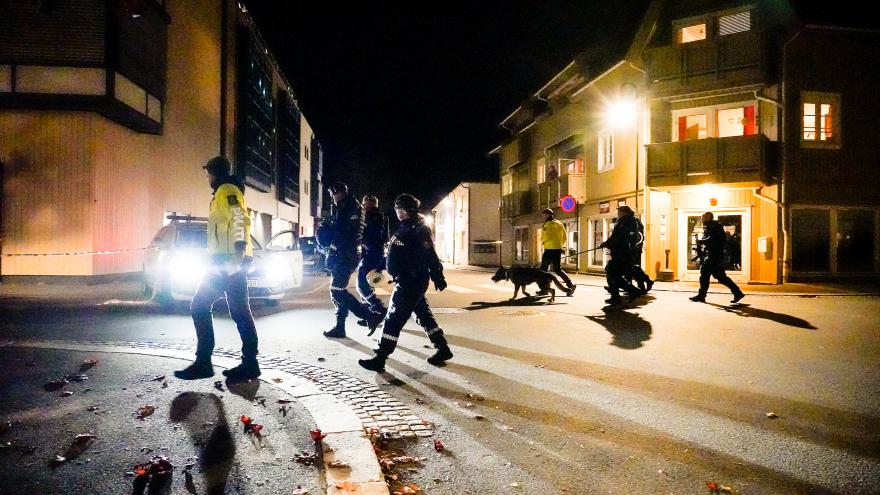 (CNN) -- Several people have been killed and others injured during an attack in the Norwegian town of Kongsberg, according to local police.

The suspected attacker was using a bow and arrow, a spokesman for Norway's southeastern police district, which includes Kongsberg, told CNN.

The suspect attacked people at several locations before he was arrested, the spokesman said. Local police were first alerted to the suspect at 6:15 PM local time.

When asked if the situation was being treated as terrorism, a press officer for Norwegian police said it was "not clear as of yet, it's too early to tell."

In the wake of the attack, Norwegian police have been ordered to temporarily carry firearms as a precaution.

The country's justice department tweeted Wednesday that Monica Mæland, the minister of justice and public security, is monitoring the situation in Kongsberg.

This is a breaking news story.