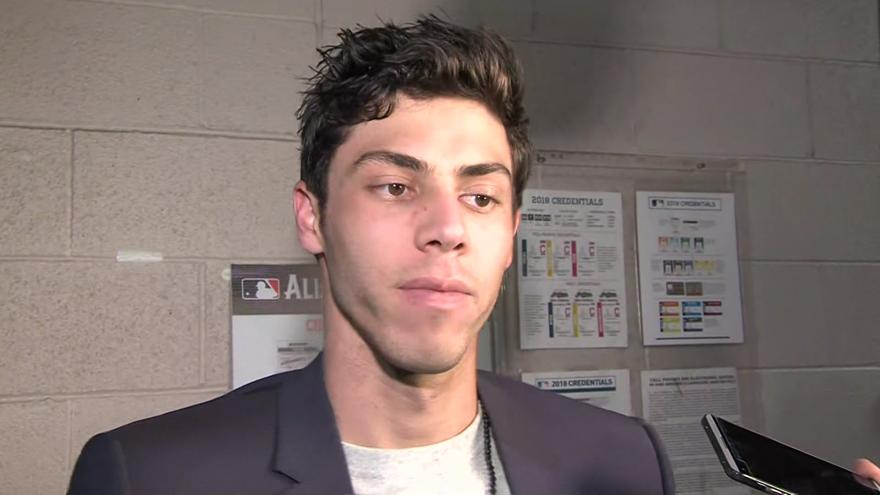 CHICAGO (AP) — The Milwaukee Brewers are moving along with their plan for Christian Yelich after an MRI on the slugger's strained lower back showed no major issues.

He was eligible to come off the injured list this weekend, but the 2018 NL MVP was sent back to Milwaukee because manager Craig Counsell said the outfielder had hit a "plateau" in his recovery.

Counsell says the team "basically just ruled out anything significant structurally that would show up on the MRI."