Mr. Peanut joins the Skippy family in a $3.4 billion sale 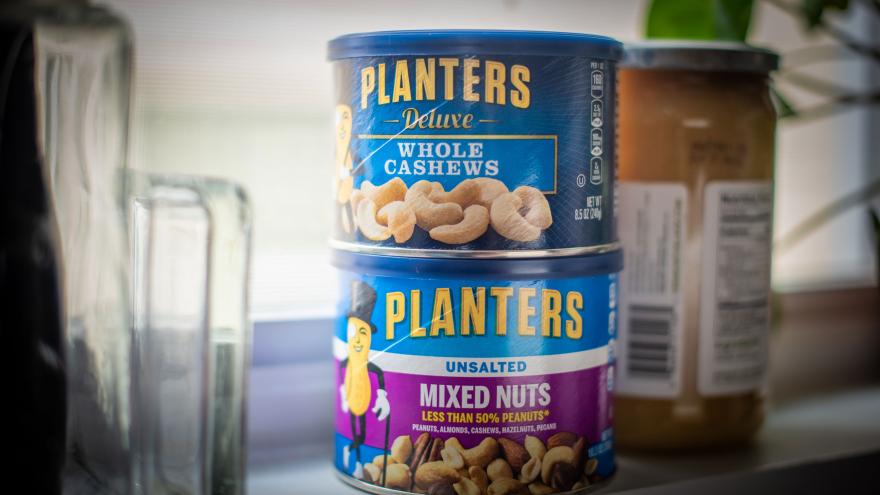 (CNN) -- It's been a chaotic few years for Mr. Peanut, who died in early 2020 and was reborn as a baby nut as part of a Super Bowl ad campaign.

Now he has a new home: Kraft is selling Planters to Hormel, the maker of Spam and Skippy, in a $3.35 billion deal.

The sale, which is expected to close this year, will give Hormel ownership of most products included in the Planters brand, including mixed nuts, trail mix, Corn Nuts, Cheez Balls and Cheez Curls. Planters brought in about $1 billion in sales in 2020.

For Kraft, ditching Planters will offer a chance to focus on its most successful brands like Lunchables, the company said in a news release Thursday. The deal, the largest acquisition in Hormel's history, also helps the buyer expand its snack offerings at a time when people are eating at home more.

Patricio has been leading an effort to turn Kraft Heinz's prospects around. Kraft has been selling off lower-margin businesses. Last year, the company announced a sale of its natural cheese business,including Polly-O and Breakstone's,to the French company Lactalis for $3.2 billion.Planters in particular is vulnerable to competition from private label products, said Kraft Heinz CEO Miguel Patricio during an analyst call on Thursday.

Before the pandemic, Kraft was struggling. Many on Wall Street said itfailed to adapt to the changing tastes of consumers, who are shying away from processed foods.

Analysts have alsoquestioned the strategic decisions of private equity firm 3G, which partnered with Berkshire Hathaway to first buy Heinz and then merge it with Kraft in a 2015 deal. After Berkshire Hathaway, 3G is the second-largest shareholder of the company. Following the merger, the combined company worked to cut costs — at the expense of much-needed innovation, according to Wall Street analysts.

In 2019, the company announced a $15 billion writedown of its Kraft and Oscar Mayer brands. It later announced a nearly $500 million writedown in the value of several other poorly performing brands, including Velveeta, Maxwell House and Miracle Whip.

Kraft Heinz outlined a plan to improve the business in 2020, which includes prioritizing "real food snacking," quick meals, condiments and indulgent desserts. Within that real food category, Kraft is focusing its efforts on its P3 product, a protein pack of cheese, nuts, deli meats or other foods.

The pandemic, which has driven people to stock up on pantry staples and nostalgic foods, has helped boost Kraft's sales. In the fourth quarter of 2020, net sales grew 6% to $6.9 billion, beating Wall Street's expectations. Shares of the companypopped about 5% Thursday morning.

Wall Street was less enthusiastic about the move from Hormel's perspective. Hormel dropped about 4% on Thursday.

During a call discussing the purchase, Hormel said it plans to invest in the brand to make sure it's a successful part of the portfolio -— just like it did for Skippy when it acquired that brand eight years ago.

"Internally, we look at Skippy as the model for Planters," said Hormel CEO Jim Snee. "When we acquired Skippy in 2013, we immediately integrated the brand into sales, marketing, supply chain and back-office functions," he said, noting that the company also invested into advertising and product innovation, like squeeze packs and no sugar or extra protein versions of the product.

"To date, Skippy has been one of our most successful acquisitions in our company's history," he said, adding that Skippy was experiencing share declines when Hormel made the acquisition.

The Planters deal also helps Hormel diversify its offerings away from meat. With the new brand, a quarter of Hormel's sales will come from non-meat products, the company said.