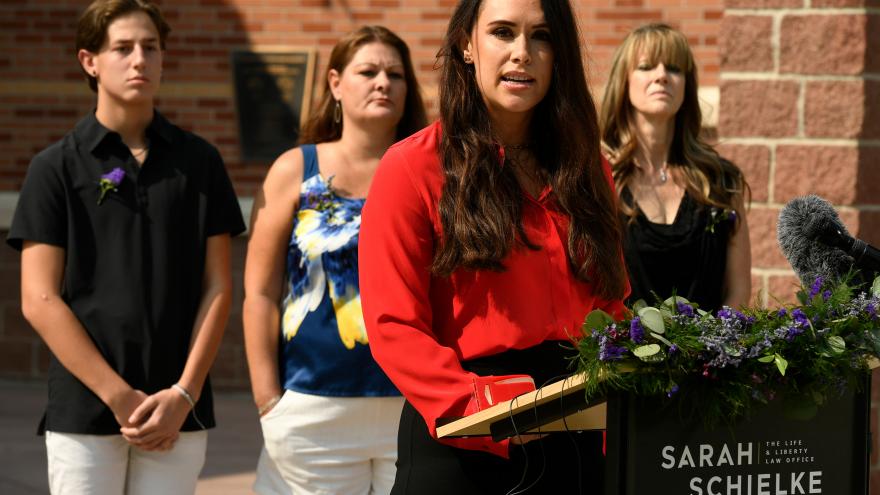 (CNN) -- The family of a 73-year-old Colorado woman with dementia who was violently arrested last year has agreed to settle her federal civil rights lawsuit against the city of Loveland and the now former officers for $3 million, her attorney said Wednesday.

Karen Garner's family decided to settle after coming across a letter she wrote to her children and her grandchildren a few years ago, after her dementia had begun, attorney Sarah Schielke said.

"All I wanted all my life was someone to love, adore, and care about me and I find the world scary now being alone. So value love as a treasured gift, that is all that matters. I want the best and fullest lives possible for my children and grandchildren," Schielke said, reading from the letter. "And I feel the world is getting crueler. Don't make it any rougher for yourself by living in the past. Look out the front window. Don't dwell on what's in the rearview mirror."

Schielke said the family members "were struck by the poignancy of Karen's words" and that gave them closure.

The settlement agreement was also "obtained quickly enough to be enjoyed by Karen herself," she said.

Garner was arrested in June 2020 after walking out of a Walmart with $13.88 worth of items, according to the lawsuit.

Police were called and the arrest by two officers left Garner with multiple injuries, including a broken humerus, a dislocated shoulder and a sprained wrist, according to the lawsuit.

Police Chief Bob Ticer said Wednesday, "There is no excuse, under any circumstances, for what happened to Ms. Garner."

"We have agreed on steps we need to take to begin building back trust. While these actions won't change what Ms. Garner experienced, they will serve to improve this police department and hopefully restore faith that the LPD exists to serve those who live in and visit Loveland," the chief also said.

Former Loveland police officer Austin Hopp has been charged with two felonies: assault in the second degree causing serious bodily injury to an at-risk victim, and attempts to influence a public servant. Hopp was also charged with first-degree official misconduct, a misdemeanor, Gordon McLaughlin, district attorney for the Eighth Judicial District of Colorado, said in May.

Ticer has not said whether the officers were terminated or stepped down. But police spokesperson Tom Hacker told CNN in late April the two officers had resigned. A community service officer who was seen on police station video watching the body camera video of the incident also resigned, according to Hacker.

Video included in the lawsuit shows the three officers laughing as they begin to watch the body camera footage of Garner's arrest, Schielke has said.

"We extend a deep and heartfelt apology to Karen Garner and her family for what they have endured as a result of this arrest," he said in a statement.

Schielke told reporters if the chief resigns or is fired in the next 30 days, she will donate $50,000 of her own money to the dementia or Alzheimer's charity of his choice.

Loveland is about 50 miles north of Denver.