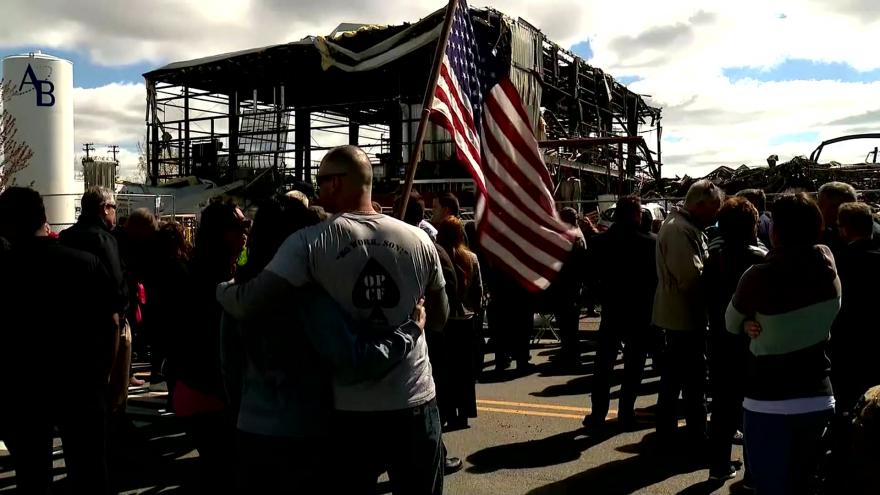 WAUKEGAN, Ill. (AP) — More than 100 people gathered Friday along a chain-link fence outside a badly damaged Illinois silicone factory to remember four men who died in an explosion at the facility.

The mourners at AB Specialty Silicones factory north of Chicago included friends, relatives, and co-workers of the men whose bodies were pulled from the rubble over the last week after the May 3 blast. Four wreaths of white flowers were placed on stands while people hugged and cried.

The Waukegan explosion is under investigation. Fire officials have said they believe it was the result of an accident in factory processes.

Speakers on Friday included Waukegan's mayor, the city's fire chief, and Lake County Coroner Howard Cooper, who said the service was about healing. But Cooper told those gathered, "I cannot lie, it's hard."

"We have lost our friends and colleagues," Penman said. "But the families have lost fathers, sons, husbands, and brothers."

"Unfortunately, not all of them are OK," Motley said.