Mother fights to get her daughter out of Ukraine 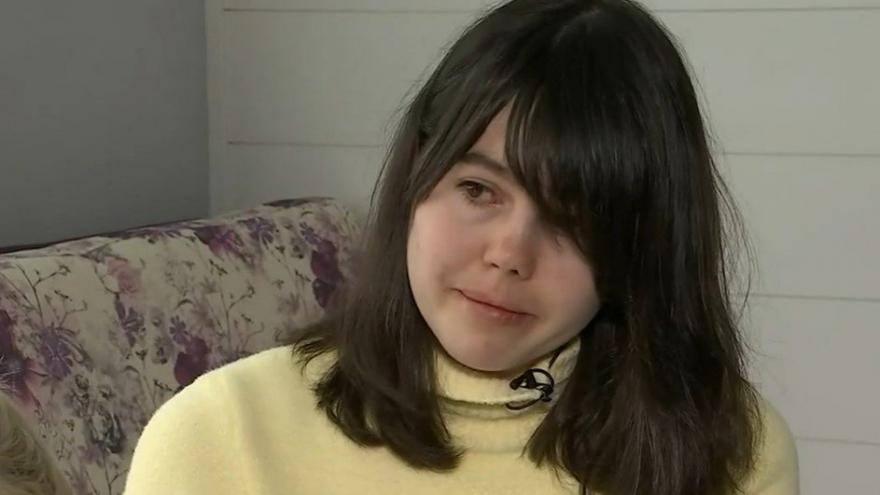 NORWALK, Connecticut (WFSB) -- Tonight, a story about a mother’s courage to rescue her daughter from the war in Ukraine.

A few weeks ago, 12-year-old Shpylova was living with her grandparents in Kiev then the war broke out, and bombs were going off.

“I saw people getting out of the building with luggage and a lot of things,” said Shpylova.

Sanarova was frightened. She was at their apartment in Norwalk, trying to get her daughter out of Ukraine.

“So, we called the American embassy, and we tried to do everything. I bought a ticket for her from west part of Ukraine,” said Sanarova.

Shpylova couldn’t leave Ukraine, so Sanarova helped her parents navigate to Krakovets near the border with Poland. The car ride took 27 hours.

“I was leading them through their drive, because I was watching the news,” said Sanarova.

The border was overwhelmed with people trying to escape, her mother, Iryna, was nervous but brave.

“She felt a responsibility because she has my child and she felt she had to bring her to me,” said Sanarova.

Iryna Sanarova and Shpylova crossed the border where they were reunited.

While they are now safe, Julia Sanarova’s father, Maxym, stayed in Ukraine.

Maxym Sanarova is fixing military equipment. They text him every day.

For Shpylova, her dreams of being a performer are on hold.

When she was living with her grandparents, she was part of Open Kids, a Ukrainian pop group.

The family has started a GoFundMe to help those still in Ukraine.