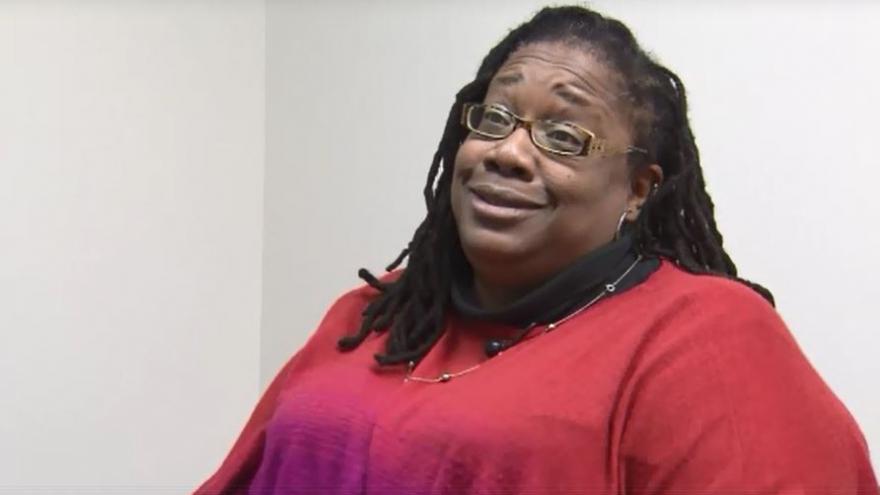 NORFOLK, Va. (CNN) -- When Sarah Sims' daughter complained she was being bullied in elementary school, the Virginia mother grew concerned.

Sims reached out to administrators at Ocean View Elementary School in Norfolk, Virginia, where her daughter is in fourth grade, but she said she got no response. In September, Sims decided to investigate on her own.

She sent her daughter to school with a digital audio recorder in her backpack, hoping to capture audio from the classroom. School officials found out and confiscated the device, which had been in her daughter's desk recording the school day.

Now, Sims, who is herself a student at Virginia's Norfolk State University, is in trouble with the law.

Earlier this month, Norfolk police charged Sims with a felony -- intercepting wire, electronic or oral communications -- and with a misdemeanor -- contributing to the delinquency of a minor

"I'm a full-time student, so I don't always get the opportunity to be on the premises, and I thought that this would be a good way for me to learn the environment," Sims, 47, told CNN's Don Lemon on Monday.

She faces up to five years in prison if convicted on the felony charge.

"I was appalled when I heard these charges," Sims' attorney Kristin Paulding said. "I was shocked to see that the school would decide to go to the police department and ultimately charge this mother as opposed to sitting her down and having just a simple conversation about what were her concerns and how could the school alleviate those concerns."

Paulding said the recording device "was a way to make sure that that classroom was a safe place" for the child. Because it was confiscated, Paulding said she doesn't know what -- if anything -- the recorder caught.

CNN reached out to Norfolk police on Monday but authorities declined to comment on the case. Police have not released a criminal complaint.

The Norfolk commonwealth's attorney's office, which would prosecute the charges, said it just received the case report and hasn't begun investigating, according to spokeswoman Amanda Howie.

"We are unable to comment on any pending legal matters," school district spokeswoman Khalilah LeGrand said in an email.

Sims said she doesn't know why the school called the police and not her when the incident happened last month.

It wasn't the first time her daughter had been bullied at the school, Sims said.

In third grade, her daughter "had been kicked in her stomach and hit with a jump rope on the playground," Sims said, adding that the school didn't notify her then.

"She became very anxious about attending," Sims said. "I removed her from the school because she was refusing to go. She felt like she wasn't protected."

Sims said her daughter tried to remain positive when she faced bullying again this school year.

"I did not want to just side with my child. I wanted to be fair," Sims said.

When her daughter complained, Sims tried to encourage her at first.

"I felt like I kind of let her down a little bit because I wasn't believing her," Sims said.

Sims' daughter still attends the school but is now is a different class.

A court date is set for January 18.