Most people don't know these possible signs of early Alzheimer's 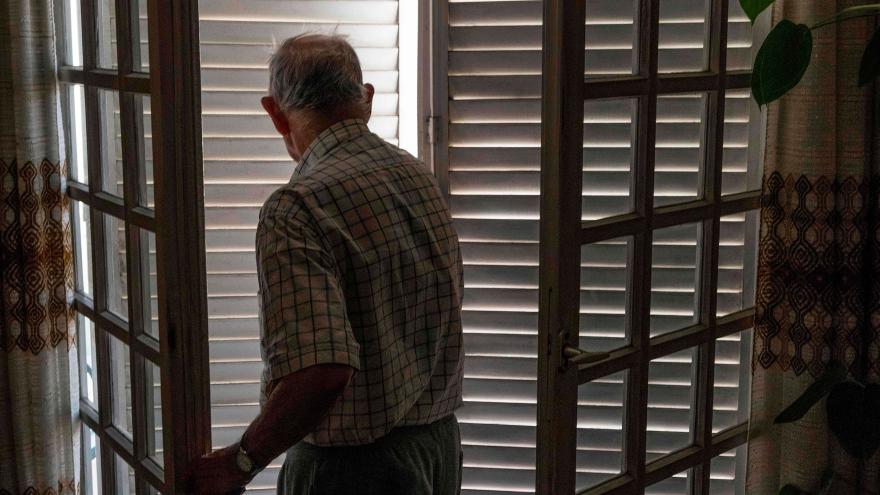 (CNN) -- If you're not familiar with the term "mild cognitive impairment," you're not the only one. More than 80% of Americans aren't familiar with this condition that affects up to 18% of people ages 60 and older and can lead to Alzheimer's disease, a new survey has found.

Mild cognitive impairment is an early stage of subtle memory loss or other cognitive ability loss, such as language or visual/spatial perception, according to research published Tuesday in the Alzheimer's Association's 2022 Alzheimer's Disease Facts and Figures report. The signs can be serious enough to be noticed by the affected person and loved ones, yet mild enough that the affected person can maintain their ability to do most activities of daily living.

Many people confuse this impairment, often called MCI, with normal aging, but it is different -- around one-third of people with mild cognitive impairment develop dementia due to Alzheimer's disease within five years, according to the research.

Depending on the type of MCI people have, they might have trouble remembering conversations, keeping track of things, maintaining their train of thought during a conversation, navigating a usually familiar place or completing everyday tasks, such as paying a bill. Some individuals don't increasingly decline, and others revert to normal function, according to the report.

To better understand awareness, diagnosis and treatment of MCI in the United States, the Alzheimer's Association commissioned a survey of more than 2,400 adults and 801 primary care physicians at the end of last year. All answered questions online or over the phone. More than 80% of participants initially had little to no familiarity with MCI; then, when told what MCI was, more than 40% said they were worried about developing the condition in the future.

"It was surprising to validate that both the public and primary care physicians are challenged in the distinctions between mild cognitive impairment vs. what is deemed 'normal aging,'" said Morgan Daven, the vice president of health systems at the Alzheimer's Association, via email. "Those results underscore how much work we must do in continuing to educate."

Eighty-five percent of adults said they would want to know early if they had Alzheimer's disease so they could plan, treat symptoms earlier, take steps to preserve cognitive function or understand what's happening, the research found.

But despite this sense of urgency, these adults also showed reluctance to get professional advice if they started experiencing symptoms. Only 40% said they would talk to their doctor right away if they experienced symptoms of MCI. Concerns about getting help included possibly receiving the wrong diagnosis or treatment, learning of a serious health problem, or believing symptoms might go away.

Hispanic and Black Americans were least likely to want to know early.

Multiple factors can contribute to MCI, so MCI is more an umbrella term than it is one specific condition, according to the research.

"It can be caused by things that are reversible, like vitamin deficiencies or medical conditions like thyroid dysfunction," said Dr. Richard Isaacson, director of the Alzheimer's Prevention Clinic in the Center for Brain Health at Florida Atlantic University's Schmidt College of Medicine.

In general, the variety of factors, broad symptoms and lack of an MCI test can make diagnosing MCI difficult and uncomfortable for many doctors, which the findings showed.

When physicians detect MCI in patients, they most often recommend lifestyle changes, do lab tests or refer patients to a specialist, the authors wrote.

"People can take control of their brain health by making active changes in their daily life," Isaacson said. "It's not just all about exercise, diet, sleep and stress, but it's also medical conditions that primary care doctors can help optimize and treat -- like high blood pressure, high cholesterol and diabetes."

"We aren't powerless in the fight against memory loss and cognitive decline," he added.

Even if feeling scared, seeing a physician right away is the most important thing people experiencing cognitive changes can do, Daven said. "Early diagnosis is important and provides the best opportunity for management and treatments."