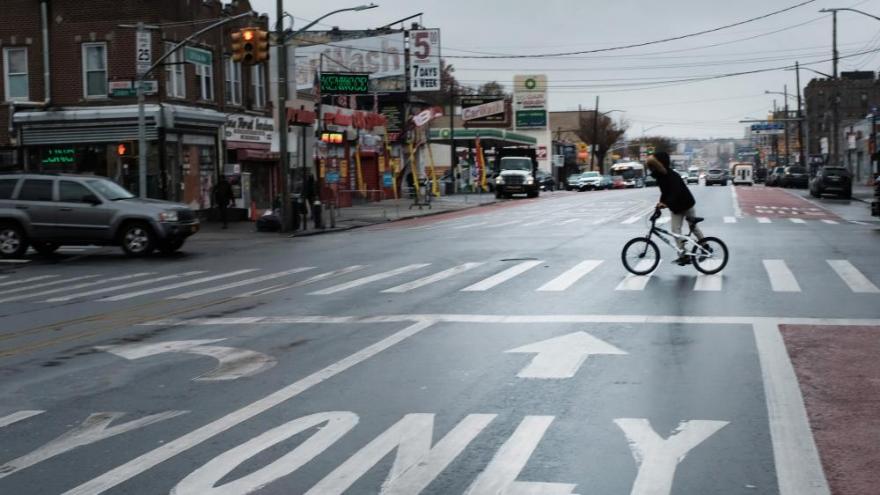 The Brownsville neighborhood of Brooklyn, New York, is pictured here. New York is among some of the most segregated cities in the US.

(CNN) -- Some of the nation's largest metropolitan regions have become increasingly segregated in the last 30 years, underscoring racial inequalities that have led to poorer life outcomes in Black and brown neighborhoods, according to a study released Monday by the University of California Berkeley's Othering & Belonging Institute.

The study found that 81% of regions with more than 200,000 residents were more segregated in 2019 than they were in 1990, despite fair housing laws and policies created to promote integration.

Some of the most segregated areas included Chicago, Milwaukee and Detroit in the Midwest and New York, northern New Jersey and Philadelphia in the mid-Atlantic.

"The takeaway from these findings is that race itself appears not to be the determining factor in an individual's life outcomes," the institute said in a news release. "Rather, the more consequential factor for life outcomes is the environment in which that individual is immersed."

Stephen Menendian, the institute's assistant director and the project's lead author, called the study's findings both "startling" and "disturbing."

According to Menendian, the study proves that residential segregation is the root cause of many of the disparities that many protesters and activists have been fighting against.

"What this study is illuminating is that racial residential segregation is the mechanism that sorts people into environments that are healthy, that are well resourced, and have access to strong amenities and public goods and those that have underinvested, disinvested (neighborhoods)," Menendian said.

Menendian said one explanation for increased segregation is that while Asians and Hispanics remain the fastest-growing minority groups in the country, they are becoming more segregated from White communities. This is driving up the nation's aggregated level of segregation, he said. The study did not explore why these groups are not integrating.

The argument that people choose to live in communities that are comprised mostly of residents who look like them, and century-old policies and practices such as redlining, have had lasting effects on large metropolitan areas, he said.

"We are in a dire spot with respect to race in the United States," Menendian said. "We have a greater awareness that there is clearly a problem of structural racial inequality, but there's a lack of awareness of the nature of the problem."

The report does not discuss solutions for integrating communities and creating better life outcomes for people of color.