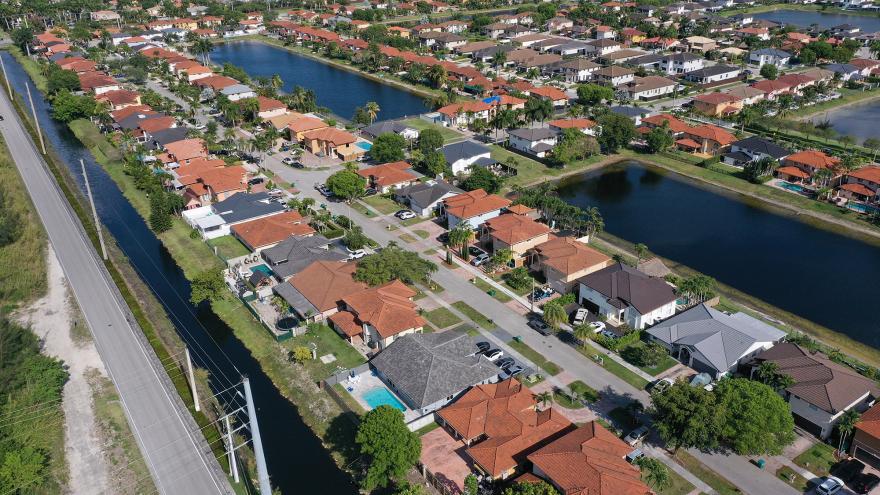 The 30-year, fixed-rate mortgage averaged 5.23% in the week ending June 9, up from 5.09% the week before, according to Freddie Mac. The rate remains well above the 2.96% average from this time last year.

The rates moved up in anticipation of Friday's inflation data and mirrored the rebound in the 10-year Treasury, which crested at 3% mid-week, said George Ratiu, Realtor.com's senior economist and manager of economic research.

"Investors have their eyes on the Consumer Price Index, expecting to see continued gains but at a moderating pace," he said, adding that the data will be an important measure for the Federal Reserve at its meeting next week.

The Fed is expected to raise rates again at its next policy making meeting. Mortgage rates tend to track 10-year US Treasury bonds. But rates are indirectly impacted by the Fed's actions on inflation. As investors see or anticipate rate hikes, they often sell government bonds, which sends yields higher and with it, mortgage rates.

The housing market continues to sag under the weight of record-high home prices and higher mortgage rates. Mortgage applications have dropped, with weakness in both purchase and refinance applications pushing the market index down to its lowest level in 22 years, according to Joel Kan, Mortgage Bankers Association's vice president of economic and industry forecasting.

Buyers of median-priced homes are looking at a monthly mortgage payment that is 53% higher than it was a year ago, adding an extra $670 to their monthly expenses.

Compounding these pressures, Ratiu said, almost 20 states have average gasoline prices above $5 per gallon, pushing living expenses to new highs, especially as employers are asking workers to be back in offices.

"The economic outlook is highly dependent on the well-being of the American consumer," said Ratiu. "For many Americans looking for affordable pockets of housing, mid-sized cities remain a viable alternative, especially as the number of homes for sale has been on the rise, bringing fresh options."