Mortgage rates climb above 5% once again 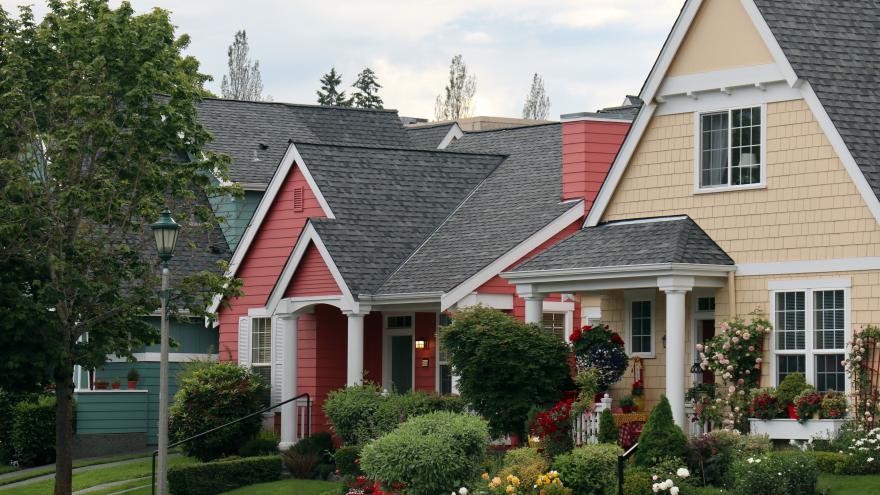 (CNN) -- Mortgage rates climbed above 5% again, after dipping below that threshold for the first time in months a week earlier. While the volatility in mortgage rates remains, there are signs that the housing market is starting to stabilize.

The 30-year fixed-rate mortgage averaged 5.22% in the week ending August 11, up from 4.99% the week before, according to Freddie Mac. That is significantly higher than this time last year when it was 2.87%.

Rates rose sharply at the start of the year, hitting a year high of 5.81% in mid-June. But since then, concerns about the economy and the Federal Reserve's mission to combat inflation have made them more volatile.

"Although rates continue to fluctuate, recent data suggest that the housing market is stabilizing as it transitions from the surge of activity during the pandemic to a more balanced market," said Sam Khater, Freddie Mac's chief economist.

Earlier this week, the Consumer Price Index for July indicated the rate of inflation had started to slow, mainly due to lower energy costs. Housing, which comprises roughly a third of the basket of goods and services the CPI tracks, moderated slightly last month but still remains high.

"Markets are seeking more certainty around the economic outlook, as incoming data continue to highlight a steady level of business activity and consumer spending," said George Ratiu, Realtor.com's manager of economic research. "While concerns of a recession remain elevated, August seems to be offering a slight breather."

One reason home prices keep climbing is a lack of available homes for sale. "Supply remains fairly tight across most markets," said Khater. "The consequence is that house prices likely will continue to rise, but at a slower pace for the rest of the summer."

In addition to rising home prices, inflation is taking a larger chunk of prospective home buyers' income and the increased cost of borrowing is reducing their purchasing power.

A year ago, a buyer who put 20% down on a median priced $390,000 home and financed the rest with a 30-year, fixed-rate mortgage at an average interest rate of 2.87% had a monthly mortgage payment of $1,294, according to numbers from Freddie Mac.

Today, a homeowner buying the same priced house with an average rate of 5.22% would pay $1,717 a month in principal and interest. That's $423 more each month, according to numbers from Freddie Mac.

The higher cost to finance a home has already had an impact on buyers, with sales of both new construction and existing homes declining in recent months. As potential home buyers respond to these rising costs, real estate markets are showing signs of rebalancing.

"The inventory of homes for sale increased solidly in July, moving toward levels not seen since mid-2020," said Ratiu. "With more available properties and less competition, more homeowners are beginning to adjust to the new reality and resorting to price cuts to incentivize buyers."

The share of listed homes with price reductions reached 19% in July, closing in on levels not seen since 2017, according to Realtor.com. In addition, the pace of price growth has moderated.

"These shifts point toward a welcome change for buyers who are still in the market," said Ratiu. "The upcoming fall season may offer an even better window of opportunity, as long as the inventory landscape continues improving, as we've seen in recent months."