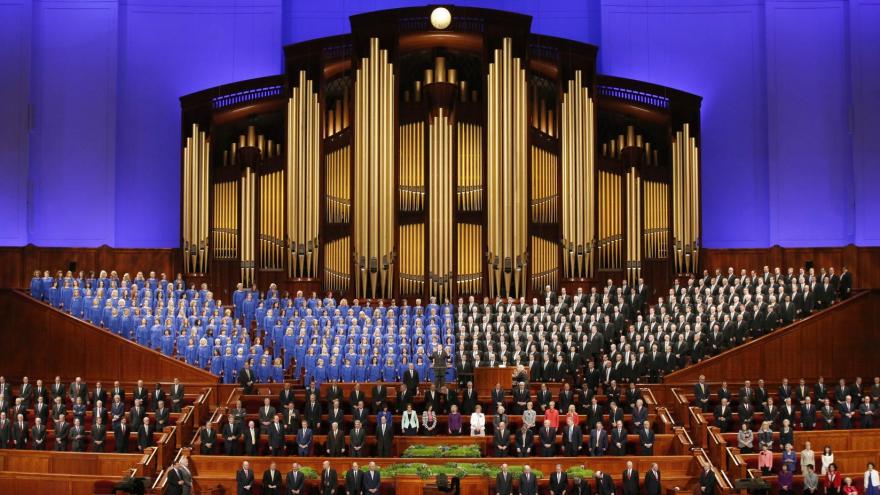 A whistleblower accuses the Church of Jesus Christ of Latter-Day Saints of keeping money for charitable causes.

(CNN) -- The Church of Jesus Christ of Latter-day Saints, commonly referred to as the Mormon Church, responded Tuesday to a recently filed whistleblower complaint that accuses the church of stockpiling $100 billion in accounts intended for charitable works, misleading members and avoiding taxes.

A whistleblower alleges that billions of dollars collected in tithes -- mandatory donations by members -- was invested in an investment arm of the church, Ensign Peak Advisors, but in 22 years, has not been distributed to charitable causes in accordance with IRS rules, according to the complaint filed with the IRS.

"Claims being currently circulated are based on a narrow perspective and limited information," the LDS Church told CNN in a statement. "The Church complies with all applicable law governing our donations, investments, taxes, and reserves. We continue to welcome the opportunity to work with officials to address questions they may have."

The complaint was first reported by the Washington Post. The whistleblower, David Nielsen, is a Mormon who worked for the church until September, his brother, Lars Nielsen, told CNN. David Nielsen is a former senior portfolio manager at Ensign Peak Advisors, his brother said.

The complaint was prepared by the brothers and filed with the IRS in mid-November, according to Lars Nielsen.

Under IRS rules, whistleblowers can be awarded up to 30 percent of any taxes and penalties collected.

"We began this effort before we knew the IRS whistleblower program existed and he asked me to work with him," Lars Nielsen said Wednesday.

David Nielsen wants the IRS to strip the Mormon church of its tax exempt status, according to the complaint.

Sam Brunson, a professor of nonprofit tax law at Chicago's Loyola University who is a member of the LDS church, said under Ensign's Articles of Incorporation, "it is both a supporting organization," which means it has to make charitable donations "commensurate in scope" to its funds, and an "integrated auxiliary," which means it might not have to. An integrated auxiliary organization can legally sidestep paying taxes by being a non-profit.

"My guess is that the IRS will probably do nothing" and even if it does, "chances are very small we will find out," he said.

Brunson told CNN that "there is some hurt and questioning" among his friends and church members who worry about those who can't really afford the 10% tithing to a church that allegedly has such a large nest egg.

And he hopes that the whistleblower's complaint will spark some changes. "Members of the church aren't shareholders, but stakeholders, and there's something good about transparency," he said.

The church added in its statement that most of the donated money was used for education, humanitarian work, meeting houses, missionary efforts and temples. Other money was saved.

"Over many years, a portion is methodically safeguarded through wise financial management and the building of a prudent reserve for the future," the church said in the statement.

In the statement the church made no mention of allegedly accumulating $100 billion, but did say, "All Church funds exist for no other reason than to support the Church's divinely appointed mission."

Lars Nielsen told CNN that his brother reveres the people he worked with and said they might have made mistakes.

He said the church hierarchy may not have understood what was demanded under the law.

"David and I are very mindful that the money that could be recovered is money that came from the tithe, from people we care about. This is special money," he said.