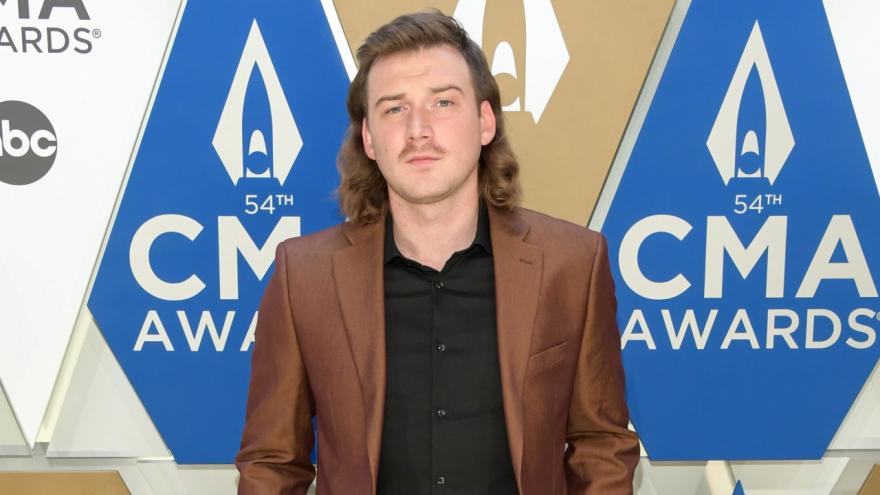 (CNN) -- After apologizing in February for a racial slur controversy, Morgan Wallen isn't planning on riding the success of his recent album.

The country star posted a four-page, handwritten note to his verified Instagram account Tuesday saying he's used the time out of the limelight to work on himself and will not be playing any concerts or festivals this summer.

Wallen started out thanking his supporters.

"I wanted to let you guys know that I've taken a couple months away and feel like I've really worked on myself," his note reads. "I'm proud of the work I've put in, and in many ways thankful to have had the time to do it. I've needed this time off."

Wallen faced backlash in February after a video surfaced in which he reportedly used a racial slur and profanities.

The country singer, who last year was rescheduled from appearing on "Saturday Night Live" after breaking Covid-19 protocols, was seen on a video first posted by TMZ with a group outside of his Nashville home.

"I'm embarrassed and sorry. I used an unacceptable and inappropriate racial slur that I wish I could take back," he said in a statement. "There are no excuses to use this type of language, ever. I want to sincerely apologize for using the word. I promise to do better."

While several radio companies moved to pull Wallen's music from air play, his record sales skyrocketed after the controversy.

Last month Billboard reported that his "Dangerous: The Double Album" spent its first 10 weeks at No. 1 on the Billboard 200, the first album to do so consistently after its debut since 1987.

But his career appears to be on the back burner as Wallen wrote in his note posted Tuesday that "Not only has this time revealed to me the ways in which I want to improve, but it's also reminded me that I am still very proud of who I am and the man I am becoming.

"I've found this time away to be very valuable to me in many ways, but I feel like I need a little more of it, and therefore will not be performing tour dates this summer," he wrote. "It means I won't be playing festivals or the Luke Bryan tour dates. But it's important to me personally, if you can, still go to these shows — support country music. Country music is back and that's a beautiful damn thing."