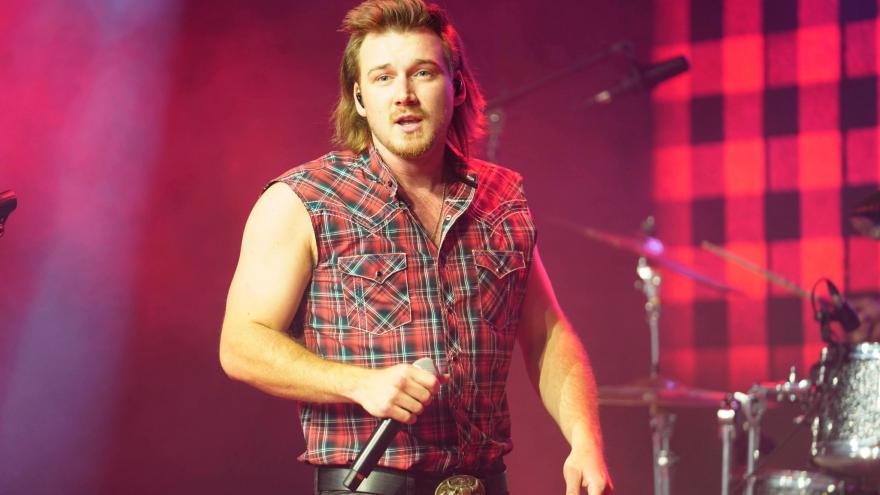 (CNN) -- Morgan Wallen is apologizing after a video surfaced in which he reportedly used a racial slur and profanities.

The country singer, who in October was rescheduled from appearing on "Saturday Night Live" after breaking Covid-19 protocols, is seen on a video first posted by TMZ with a group outside of his Nashville home.

"I'm embarrassed and sorry. I used an unacceptable and inappropriate racial slur that I wish I could take back," Wallen said in a statement. "There are no excuses to use this type of language, ever. I want to sincerely apologize for using the word. I promise to do better."

TMZ reported that one of Wallen's neighbors recorded the exchange.

CNN has repeatedly sought comment from representatives for Wallen.

The singer-songwriter is one of the hottest up and coming stars in country at the moment. Last year, he won the Country Music Association Awards new artist of the year award and best new country artist at the iHeartRadio Music Awards.

According to Variety, Cumulus Media has directed their more than 400 radio stations across the country to drop Wallen's music from their playlists.

Entercom said in a statement that it would be pulling Wallen's music from their network of more than 200 radio stations.

"In light of Morgan Wallen's recent use of a racial slur, we've discussed the incident with our Country brand leadership team and together have made the decision to remove Morgan's music from Entercom's playlists," a spokesperson told CNN.

iHeartMedia also announced it would not play Wallen's music.

"In light of Morgan Wallen's recent actions involving the use of a racial slur, we have made the decision to remove his music and content from our stations effective immediately," a rep told CNN on Wednesday in a statement .

Big Loud said Wallen's recording contract will be suspended indefinitely "in light of recent events," according to a statement on its verified social media accounts.

The label said that its distributing partner, Republic Records, fully supports their decision and "such behavior will not be tolerated."

A spokesperson for CMT told CNN on Wednesday they are removing Wallen's content from all of their platforms.

"After learning of Morgan Wallen's racial slur late last night, we are in the process of removing his appearances from all our platforms," the statement read. "We do not tolerate or condone words and actions that are in direct opposition to our core values that celebrate diversity, equity and inclusion."

Country artist Mickey Guyton, who is Black, responded with a broken heart emoji to a tweet defending Wallen.

Guyton also tweeted "When I read comments saying 'this is not who we are' I laugh because this is exactly who country music is. I've witnessed it for 10 gd years. You guys should just read some of the vile comments hurled at me on a daily basis. It's a cold hard truth to face but it is the truth."

"I question on a daily basis as to why I continue to fight to be in an industry that seems to hate me so much," she wrote. "But then I realize there is a new artist of color, all bright eyed and excited to be in this industry."

She went on to tweet about her love of country music and a list of artists who should be supported. Guyton wrote "And lastly, I do not believe in cancel culture."

"Watching anyone fall from grace is a terrible thing to see," she tweeted. "People must all be given a chance to change. Morgan must feel the weight of his words but completely throwing someone away is detrimental to anyone's mental health.

Months after "SNL" replaced him as their musical guest, Wallen appeared on the show and participated in a skit making light of the earlier incident that had gotten him booted.