More US troops likely to be sent to the southern border, acting defense secretary says 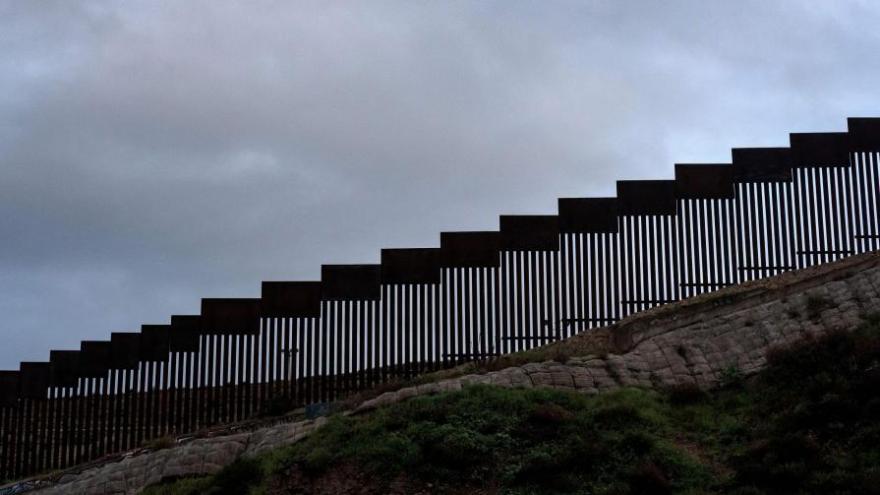 Acting Secretary of Defense Patrick Shanahan said that the Pentagon has yet to receive a formal request for additional support from the US military on the southern border but expects that his department will be providing additional support.

(CNN) -- Acting Secretary of Defense Patrick Shanahan said Friday that the Pentagon has yet to receive a formal request for additional support from the US military on the southern border but he expects that his department will be providing additional support.

Shanahan also wouldn't say if troops will be involved in detaining migrants or running detention facilities for migrants -- only adding, "We haven't received any details on that, but I expect an increase in support will occur."

President Donald Trump told reporters on Wednesday that he is "going to have to call up more military" to the southern border, adding to the administration's attempts to address a historic increase in the number of migrant apprehensions.

While a formal request hasn't been made to the Pentagon, two US defense officials told CNN on Wednesday that Shanahan was summoned to the White House late Tuesday to discuss the situation at the southern border.

In the meeting, officials discussed whether the military could build tent cities to detain migrants on the border and whether the US could legally run such migrant camps, NBC News reported.

Customs and Border Protection is moving as quickly as possible to erect temporary structures in two locations along the southern border to house and process migrants amid the surge in arrests, according to a US Border Patrol official on Friday, as the numbers of people arriving at the border continue to rise.

There were more apprehensions on the US-Mexico border in March than in any month in more than a decade.

And "all current indicators point" to April apprehensions exceeding those in March, plus it is expected that by the end of the month, the Border Patrol will have apprehended more people so far in fiscal year 2019 than all of the previous fiscal year, said the official.

CBP officials are in talks with the Department of Defense to build "temporary facilities," but at this point they are still in the discussion phase. An official request has not yet been made by the Department of Homeland Security to the Pentagon, said the official.

"There are early conversations" with the Defense Department, said the official. "We may decide to go commercial if it's faster."

"It's all hands on deck. All ideas are being considered because it is mass migration mode," the official said. "It's the temporary fix that we need now."

CBP is exploring options to build the facilities in El Paso and Donna, Texas, on federally owned property. Each location would be designed to house and process 500 migrants. The military may engineer and build the structures, but the facilities would be managed by US Border Patrol, said the official.

Acting chief Pentagon spokesman Charlie Summers told reporters Friday that the military has no plans to be involved in detention operations, noting that the Defense Department is in support of DHS, which has the lead role. Asked if the Defense Department would manage any detention facilities, Summers said, "In the past, we have provided facilities for something like that but we've never engaged in that."

These facilities are intended to be temporary. Ideally, migrants would be processed as quickly as possible and transferred to Immigration and Customs Enforcement.

The hope is the facilities would allow Border Patrol to stop releasing migrants directly from its custody, which began on March 19, 2018. Since then, more than 11,000 family members have been released either to nongovernmental shelters or bus stations, Border Patrol announced earlier this week.

The temporary facilities will be climate-controlled, with electricity and bathrooms, added the Border Patrol official. There is currently a central processing facility in McAllen, Texas -- a converted warehouse with chain-link cells and floor mats. Another processing facility is being developed in El Paso. Otherwise, migrants are processed at Border Patrol facilities along the Southwest border.

"Providing soft-sided facilities" takes migrants and agents "out of the elements" and will aid agents, who have been using ad hoc measures like housing people under a bridge in El Paso, said the official. In El Paso, they are currently using "brown military tents that they had on the shelf," the official added.

The Department of Health and Human Services had requested the assistance of the Defense Department given the influx of migrants and, specifically, uptick of unaccompanied children at the southern border.

"In FY 18, HHS conducted preliminary site visits to DoD properties at Goodfellow, Bliss, Dyess, and Little Rock to determine the potential for possible future use for temporary emergency shelters for unaccompanied alien children. At this time no decision to use any of these properties has been made," HHS spokesperson Evelyn Stauffer said in a statement Wednesday.

CNN first reported that the Office of Refugee Resettlement -- which is within HHS and tasked with caring for migrant children who arrive at the border without parents or guardians -- is preparing for the arrivals of unaccompanied children in its care to double this fiscal year.

"Based on the anticipated growth pattern in referrals of (unaccompanied alien children) from DHS to HHS, HHS is preparing once again for the need for high bed capacity to continue," Stauffer said. "As we have over the past six years, HHS once again requested the assistance of the Department of Defense (DoD) to help respond to the migration influx of UAC along our southern border by identifying and making available space for up to 5,000 UAC temporary influx beds in one or more DoD installations in the Continental United States."

"The FY 19 request is similar to the 2015, 2016 and 2017 request made to DoD by then Secretary of Health and Human Services Sylvia Burwell to provide up to 5,000 temporary beds for unaccompanied children on DoD installations," she added.

UPDATE: This story has been updated after CBP said Thursday they are exploring building facilities in El Paso and Donna, Texas. This story was originally published on Friday, April 12, 2019.

Cross: UW regents will seek tuition increase in next budget