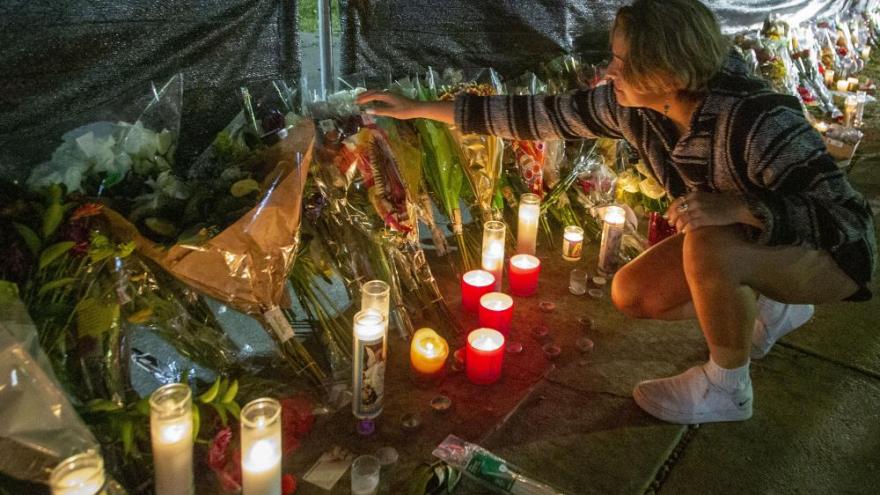 More than half of victims' families declined Travis Scott's offer to pay for funeral costs.

(CNN) -- In the aftermath of the Astroworld Festival tragedy, Travis Scott offered to pay for the funeral expenses of the 10 victims who died. At least seven of the victims' families declined Scott's offer, according to their attorneys.

Valerie Cortinas Fisher, the attorney representing the family of Rodolfo Peña, told CNN that the Peña family has turned down Scott's offer.

"At this time the family of Rudy Peña has not accepted Travis Scott's offer to reimburse them for funeral expenses," Cortinas Fisher said in a statement to CNN. "They are still shaken by the loss of their beloved son and brother in such a horrific and senseless manner. Since the cost of laying Rudy to rest has already been incurred and paid for by the family, it is not foreseeable that Scott's offer will be considered at this time."

Peña was 23 when he died. He lived in Laredo, Texas, and studied at Laredo College, CNN previously reported.

"I find offering to pay for funerals demeaning and inappropriate given the magnitude of the tragedy that unfolded. The Hilgerts are not about to allow someone else to pay for their son's funeral. It was one of the last things they could do for their son," said Richard Mithoff, the attorney representing the family of John Hilgert.

Hilgert was 14 years old when he died the night of the concert. He was a freshman at Memorial High School in Houston, CNN previously reported.

"Travis Scott's offer to pay funeral expenses was nothing but a publicity stunt. Why else would he inform the press of such an offer? If he wanted to really do something to assuage the pain being felt by these families, he would shut the hell up and let them grieve," said Tony Buzbee, the attorney representing the family of Axel Acosta.

Acosta was a junior at Western Washington University and attended the concert alone, CNN previously reported.

"The Jurinek and Patino Families saw right through Travis Scott and his team's offer for their sons' funeral expenses. It was nothing more than a public relations stunt as it took both families about three seconds to say no. Both families received letters from Scott's lawyers instead of Scott himself, which spoke volumes. The families saw right through it. While not surprised, it was disappointing to see his lawyers participate in this charade. They know better," said Philip Corboy, Jr., the attorney representing the Franco Patino and Jacob Jurinek families.

In an interview with radio and talk show host Charlamagne tha God posted Thursday on YouTube, Scott responded to the families' rejection to his offer to pay for the funeral costs.

"All things are understandable and, you know, at the time they're grieving, and they're trying to find understanding and, you know, they want answers," Scott told Charlamagne tha God. "I just wanted to make sure that they knew that I was there for them."