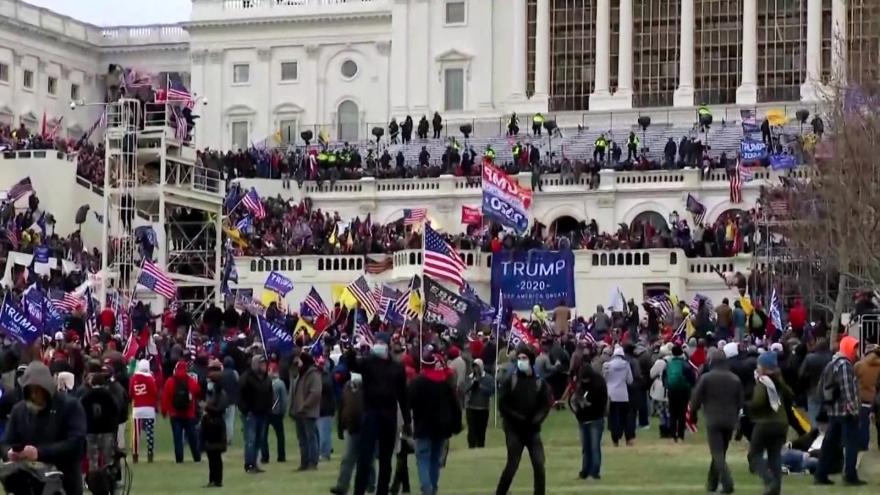 (CNN) -- More than 70 rank-and-file United States Capitol Police officers have resigned or retired since the January 6 insurrection at the Capitol building, their police union says.

"What keeps me awake at night is not the challenge of hiring and training more police officers, but keeping the officers we have right now," said USCP Labor Committee Chairman Gus Papathanasiou in a statement. "We have many officers on the fence about whether to stay with this department."

A law enforcement source says the rate of attrition this year slightly outpaces what is normal by this time each year.

However, the union suggests low morale within the ranks following the deadly riot is a major factor in officers' decisions to leave.

"Almost one quarter of our officers are eligible to retire in the next few years," Papathanasiou said. "These more senior officers joined right after the 9/11 attack 20 years ago and have seen two of their colleagues die in the line of duty this year. They're now facing 6-day work weeks and double shifts for the foreseeable future. Many question why they should stay."

On January 6, US Capitol Police officers defended the Capitol complex and lawmakers for hours against a violent mob that breached the building, seeking to stop Congress from certifying the 2020 election results.

The union statement issued Thursday criticized the $1.9 billion bill intended to increase security on Capitol Hill for a failure to include changes to officers' retirement packages that would allow overtime pay to factor into pension benefits. The bill passed, 213-212.

"Our officers work incredibly hard, accumulating more than 700,000 hours of overtime per year, yet none of our overtime counts toward our retirement," Papathanasiou said.

He added a recent review of security failures recommended hiring roughly 880 more people which would, in theory, relieve the onerous overtime demands upon officers. Papathanasiou said that could take at least five years.

A USCP spokesperson told CNN via email that the department has brought on a class of 23 recruits since January 6, and four more are scheduled to occur later this year.

"On average, it takes 18 applicants to accept one recruit due to the Department's high standards for excellence and integrity," the statement said.

This week, 35 House Republicans joined Democrats to pass a bill that would establish an independent commission to study the insurrection. But the measure is opposed by former President Donald Trump and Senate Minority Leader Mitch McConnell and is not expected to pass the Senate.