More than 500 US flights canceled and more than 2,000 delayed on Monday 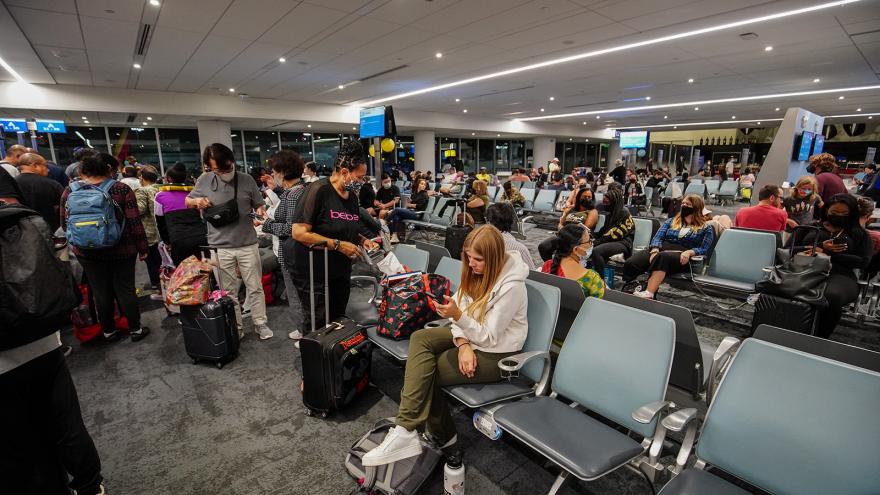 (CNN) -- Following a miserable weekend for travel, Monday isn't looking much better. Another wave of airline cancellations and delays is taking its toll on passengers across the United States on Monday.

According to the flight tracking website FlightAware, about 500 US flights had been canceled by midday Monday. On Sunday, 950 flights were canceled.

More than 2,000 flights had been delayed across the United States by midday Monday after more than 8,000 were delayed Sunday.

Chicago O'Hare International Airport was struggling on Monday for a second day, with about 12% of flights originating there canceled by 12 p.m. ET.

Chicago saw heavy rain on Sunday, including a flash flood warning that was in place for parts of the afternoon for portions of Cook County.

On Sunday, Chicago O'Hare saw the most cancellations and delays, with approximately 12% of flights canceled, and over 45% of flights delayed.

Chicago's Midway airport also continued to be affected, with 12% of its flights delayed and 4% canceled by noon on Monday.

Newark Liberty airport also struggled with delays and cancellations Sunday, and about 6% of its flights were canceled by noon on Monday.

Saturday saw a total of 657 flight cancellations and 7,267 delays within, into or out of the United States.

American Airlines canceled 4% of its flights and 24% of its Saturday flights were delayed, according to FlightAware.

United had 4% of its flights canceled and 23% delayed, followed by Delta with 2% canceled and 22% of its Saturday flights delayed, FlightAware notes.

41% of JetBlue's flights and 36% of Southwest's flights were also delayed on Saturday, according to the website.