More than 500 earthquakes have rattled the Puerto Rico region in 10 days. There may be more to come 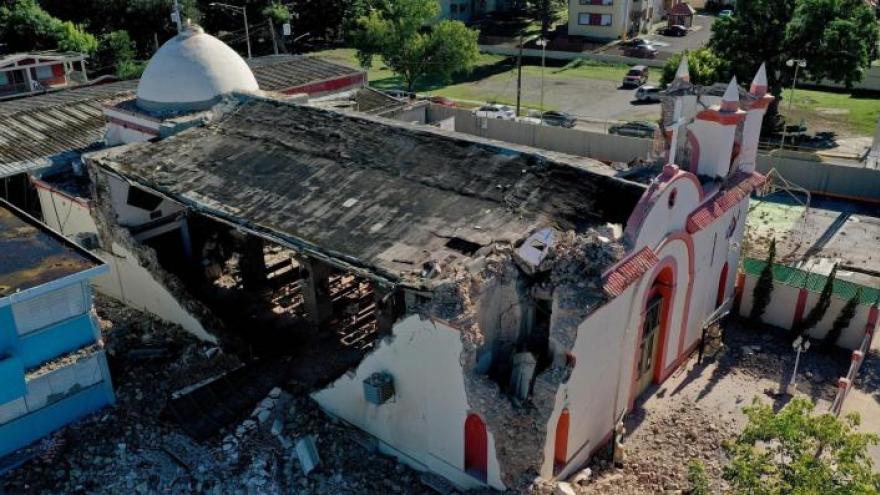 Since December 28, more than 500 earthquakes of magnitude 2 or greater have rattled Puerto Rico's southwestern coast, according to the US Geological Survey.

(CNN) -- A 6.4 magnitude earthquake that killed one person in Puerto Rico on Tuesday is one of hundreds of tremors that have rattled the island for more than a week. And experts say the shaking is not over yet.

The latest earthquake struck during the predawn hours, flattening homes, knocking out power in some areas and jolting awake terrified residents. Just a day earlier, a magnitude 5.8 quake hit off the island's southwestern coast.

Since December 28, more than 500 earthquakes of magnitude 2 or greater have rattled the area, according to the US Geological Survey. Many of them were relatively shallow, which means they were likely felt on land.

Of the hundreds of earthquakes, 32 were magnitude 4 and above, including the ones Monday and Tuesday.

"Over the past several weeks, hundreds of small earthquakes have occurred in this same region, beginning in earnest with a magnitude 4.7 earthquake late on December 28 and a magnitude 5.0 event a few hours later," the USGS said.

"With the exception of the latest two earthquakes ... none are likely to have caused significant damage," it added.

Puerto Rico sits on an unusual spot, which makes its vulnerable to earthquakes.

And the USGS said the latest earthquake could be part of a sequence, which could mean larger and potentially damaging earthquakes in the future.

"After the devastating Hurricane Maria occurred in Puerto Rico, the federal government invested in rebuilding damaged seismic stations in the region," Reilly said. "These stations have made it possible for the USGS and our partners at the Puerto Rico Seismic Network to provide more accurate and rapid information about the earthquakes and their possible impacts along with better forecasts of potentially damaging aftershocks."