More than 360 elephants die from mysterious causes in Botswana 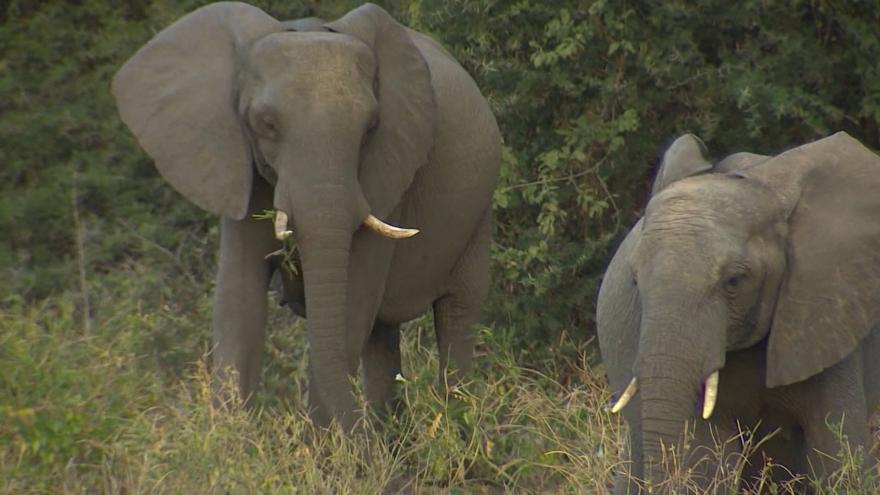 (CNN) -- More than 360 elephants have died in mysterious circumstances in Botswana in the past three months, according to local conservationists.

Some carcasses were found clustered around waterholes, while others appeared to have died "falling flat on their faces," according to Niall McCann, director of conservation at United Kingdom charity National Park Rescue.

Live elephants seen nearby appeared physically weak, and one was walking in circles, unable to change direction, observers said. Other species in the area did not appear to have been affected by whatever struck down the elephants.

The Botswana government is testing samples from the dead elephants, but is yet to determine a cause of death.

The unusual number of elephant carcasses were first recorded at the start of May, McCann said.

"It's appalling -- we need to know what the hell is going on," he said, adding that he couldn't recall another time when so many elephants had died from a mystery cause.

Botswana is home to 130,000 African elephants -- more than any other country on the continent. The Okavango Delta, where the carcasses were found, is home to around 10% of the country's elephants, McCann said.

Last year, Botswana scrapped an elephant hunting ban it had in place in 2014, sparking international outcry. McCann said poaching could not be ruled out this time, although the tusks were still on the elephants.

"800 of them are lying around as a magnet for criminals," he added.

McCann said there were a number of possibilities for what could have caused the deaths, including an elephant-specific parasite -- or even Covid-19.

"What I would like to emphasize is that this has the potential to be a public health crisis," he said.

Whatever the cause, McCann said it was important to get to the bottom of it as already the loss of elephant life was "significant globally," he said.

The African elephant is classified as vulnerable on the International Union for Conservation of Nature's (IUCN) Red List. The first Great Elephant Census, a pan-African survey conducted in 2016, revealed that in just seven years between 2007 and 2014 elephant numbers plummeted by at least 30%, or 144,000.