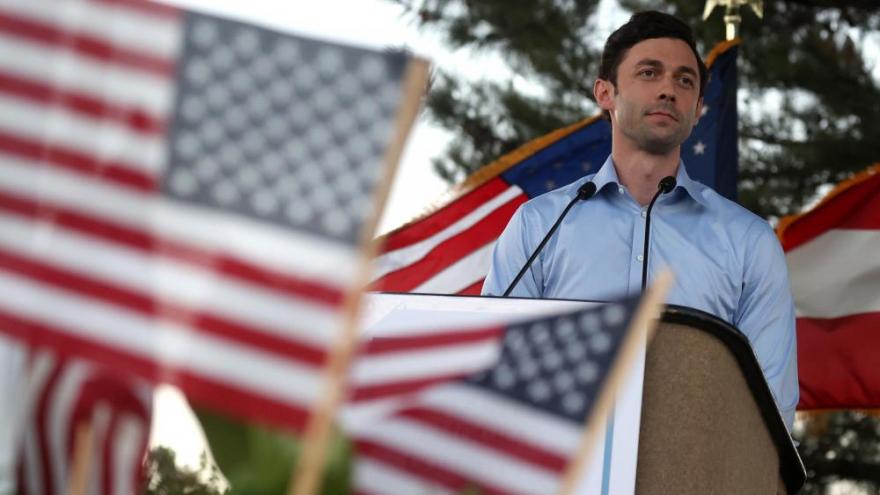 More than 25 Democratic senators, led by Georgia Sen. Jon Ossoff, released a joint statement calling for an immediate ceasefire agreement in Israel and the Palestinian territories to "prevent further loss of life and further escalation of violence."

(CNN) -- More than 25 Democratic senators, led by Georgia Sen. Jon Ossoff, released a joint statement calling for an immediate ceasefire agreement in Israel and the Palestinian territories to "prevent further loss of life and further escalation of violence."

"To prevent any further loss of civilian life and to prevent further escalation of conflict in Israel and the Palestinian territories, we urge an immediate ceasefire," the senators wrote in a joint statement first obtained by CNN.

CNN has reached out to the White House and National Security Council for comment.

This comes as Sunday marked the deadliest day of the week-long conflict so far, according to data from the Palestinian ministry of health in Gaza. Israeli airstrikes have killed at least 52 Palestinians in Gaza Sunday, according to the health ministry.

The joint statement from the Democratic senators and two independent senators who caucus with Democrats signals the growing concern in the Senate over the escalation of violence in the Middle East.

The recent conflict began at the start of last week, fueled by controversy over planned evictions of Palestinian families in the Sheikh Jarrah neighborhood of East Jerusalem and restrictions at a popular meeting point near the Old City.

Ossoff, who is Jewish, lead the group of senators to release the joint statement. President Joe Biden and the White House have shown little willingness to bend to pressure from progressives calling for more robust condemnation of Israel's actions.

Speaking at the White House last week, Biden said he did not detect a disproportionate response to Hamas' rocket attacks from Israel.

"One of the things that I have seen, thus far, is that there has not been a significant overreaction. The question is, how we get to a point where -- they get to a point where there is a significant reduction in the attacks, particularly the rocket attacks that are indiscriminately fired into population centers," Biden said at the White House when asked whether Israeli Prime Minister Benjamin Netanyahu is doing enough to stop violence from escalating.

Murphy, the chairman of the Senate Foreign Relations Subcommittee on Near East, South Asia, Central Asia and Counterterrorism, and the ranking member of the committee, Republican Sen. Todd Young of Indiana, also released a joint bipartisan statement calling for a ceasefire Sunday after the bloodiest day so far in the latest conflict.

"Israel has the right to defend itself from Hamas' rocket attacks, in a manner proportionate with the threat its citizens are facing," they said. "As a result of Hamas' rocket attacks and Israel's response, both sides must recognize that too many lives have been lost and must not escalate the conflict further. We are encouraged by reports that the parties are exploring a ceasefire. We hope that this ceasefire can be reached quickly and that additional steps can be taken to preserve a two-state future."