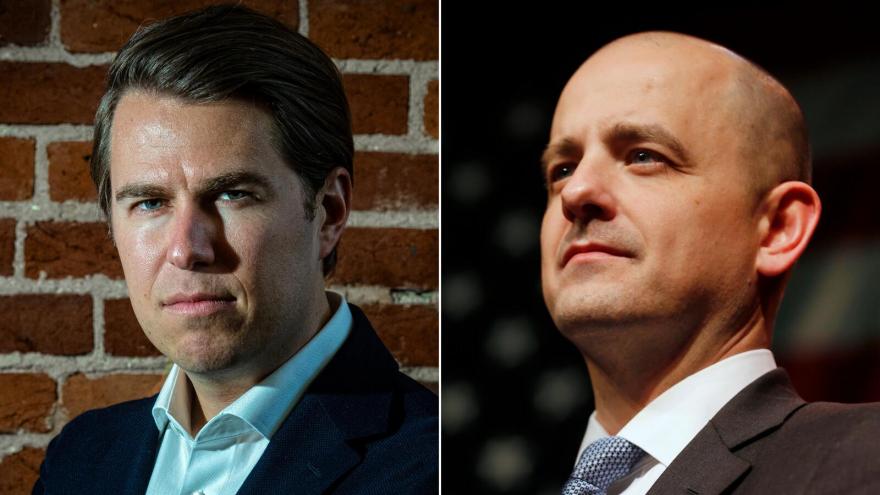 A group of more than 150 Republicans, led by Donald Trump critics Evan McMullin and Miles Taylor, announced a new political movement that takes aim at former President Donald Trump's hold on the GOP and calls for a reform of the party.

(CNN) -- A group of more than 150 Republicans, led by Donald Trump critics Evan McMullin and Miles Taylor, announced a new political movement that takes aim at former President Donald Trump's hold on the GOP and calls for a reform of the party.

The effort came hours after Rep. Liz Cheney of Wyoming was ousted from her Republican leadership position by her colleagues in the House for being outspoken about Trump's lie that the election was stolen from him, once again highlighting the former President's grip on the GOP and the challenge for the group's signers in seeking to reshape the party.

McMullin, who ran for president as an independent in 2016, and Taylor, who famously penned an anonymous book condemning the Trump administration, organized this effort and published a set of principles in the Deseret News on Thursday.

"Enough is enough and we need to offer a commonsense coalition for this country and a more unified alternative vision than what we're seeing from the present GOP, which has now become rotten to its core with its persistent attacks on our democracy," Taylor said on CNN's New Day Wednesday. "So our message is it's time to either reform or repeal the Republican Party."

In the set of principles, the group wrote they would "reimagine a party dedicated to our founding ideals or else hasten the creation of such an alternative."

"We seek the preservation and betterment of our democratic republic and the endurance of our self-government, free from interference and defended against all enemies, foreign and domestic," they wrote in their statement of principles. "We oppose the employment of fear-mongering, conspiracism, and falsehoods and instead support evidence-based policymaking and honest discourse."

This is not a third party, but a movement, said attorney George Conway, who is the husband of former White House counselor Kellyanne Conway and also part of the group.

"I don't think I would characterize it so much as a third party as a coalition. I don't think a third party necessarily works in the kind of political system we have with a single member districts," he told CNN's Anderson Cooper on Wednesday night. "But there is a need for people who have a conservative to moderate point-of-view and want to believe in the rule of law and they need a place to go and a place where they can organize and support candidates that are consistent with that."

The list of Republicans who signed on includes former Massachusetts Gov. Bill Weld and former South Carolina Gov. Mark Sanford, as well as 27 former members of the US House of Representatives, including Barbara Comstock, Charlie Dent and Paul Mitchell; and one former senator David Durenberger.