More than 600 earthquakes have shaken the California-Mexico border since Saturday -- the largest registering 5.3 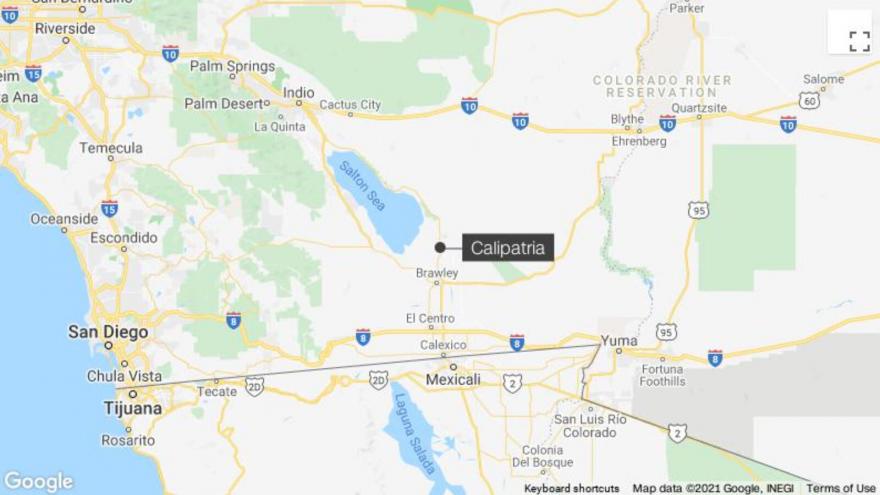 Over 150 small earthquakes have been recorded Saturday in a rural area near the Salton Sea in Southern California, with the largest having a magnitude of 5.3, a US Geological Survey seismologist told CNN.

(CNN) -- More than 600 small earthquakes have been recorded this weekend in a rural area near the Salton Sea in Southern California, with the largest having a magnitude of 5.3, a US Geological Survey geophysicist told CNN.

Geophysicist Randy Baldwin said 603 temblors with a magnitude of at least 1 happened in the area from Saturday to just before sunrise Sunday.

The quakes were centered near Calipatria, along the San Andreas Fault and about 30 miles north of the Mexican border, the USGS map shows.

The area is not heavily populated and has been known to have "swarms in the past," USGS seismologist Paul Caruso told CNN on Saturday.

A CNN crew in Orange County said they did not feel any of the quakes Saturday.

Elsewhere, two 5.9 magnitude earthquakes struck in the Pacific Ocean around 89 and 98 miles west of the coastal town of Gold Beach, Oregon, after 1 a.m. PT Friday, the USGS reported.

At least four earthquakes ranging in magnitudes from 3.9 to 5.9 occurred in that area in the previous few hours, according to USGS.