More than 150 children are missing in latest Nigeria kidnapping raid 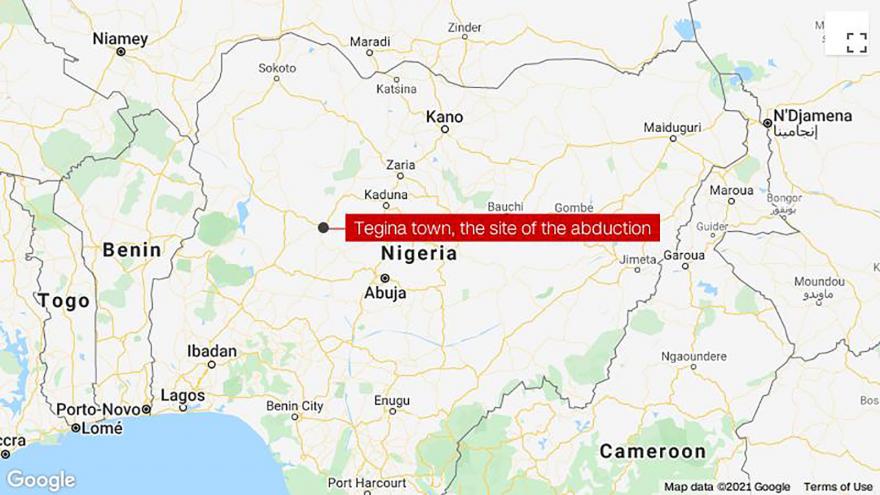 (CNN) -- Students from an Islamic school in the north-central Nigerian state of Niger were indiscriminately shot and abducted Sunday by a group of "armed bandits," state police said in a statement.

At least one person was confirmed dead in the latest string of school kidnapping raids the country has seen this year. Yaro Alhassan, the Salihu Tanko Islamic School's headmaster, told CNN the exact number of students abducted from the school remains unclear, but said that more than 150 remain missing or unaccounted for.

"We don't pay ransom to abductors. We are trying to negotiate to see how we can bring them back safely," Ketso said.

In response to the "incessant attacks," Ketso said the government has temporarily changed all schools in the Tegina region to day schools and made sure every primary and secondary school has a team that can respond quickly to security issues.

Ketso added that the government had made contact with some parents of the identified kidnapped children to assure them of their safe return.

During the weekend abduction, "armed bandits on board motorcycles" stormed Tegina town in the Rafi area of the state "shooting indiscriminately," according to police.

"The bandits shot one person dead in the process," the police statement added. According to state police officials, tactical teams were "immediately mobilized" as part of effort to rescue the victims.

"The Command calls for calm as the Police and other security agencies shall do everything humanly possible to ensure that the children are rescued unhurt," state police said.

A spokeswoman for Niger State Government, Mary Noel-Berje, told CNN on Monday that at least 11 of the children abducted during the raid were later freed, likely because of their age.

"Eleven children were released because of their tenderness...the very little ones that couldn't go through the bush path, the kidnappers' escape route, were released," Noel-Berje said.

According to the government spokeswoman, the school targeted in the attack includes kindergarten, elementary and middle school age children.

The latest kidnapping in Tegina comes three months after 42 people, including students, were seized by gunmen in Kagara, which is located around 18 km from Tegina.

It also comes days after students from Greenfield University, Kaduna, were freed. Five of the students were killed by their abductors while in captivity.

Kidnapping has become one of the major security challenges in Nigeria and hundreds of students have been abducted in different mass kidnappings in northern Nigeria since December. Some state governors regularly pay ransoms to secure the safety of victims but rarely admit to doing so.

Between June 2011 and the end of March 2020, an estimated $18.34 million was paid in ransoms, according to Lagos-based SBM Intelligence in a report last year titled "The economics of the kidnap industry in Nigeria."