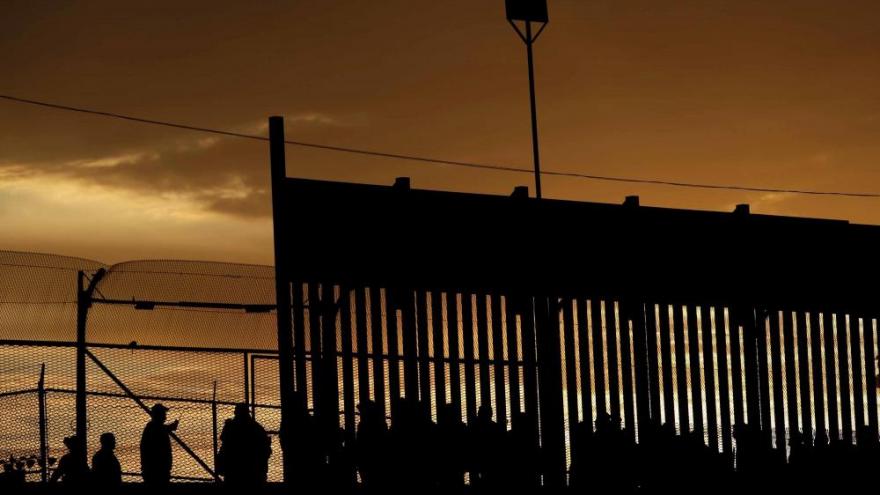 **This image is for use with this specific article only** US Customs and Border Protection encountered or arrested more than 144,000 migrants at the southern border in May, a roughly 32% increase over April, it announced Wednesday.

(CNN) -- More than 144,000 migrants were encountered or arrested at the US-Mexico border in May, a roughly 32% increase over April and the highest monthly total in 13 years, US Customs and Border Protection announced Wednesday.

Of those, nearly 133,000 crossed the US-Mexico border illegally, including over 11,000 unaccompanied children.

It's yet another high mark for the agency, which has been sounding the alarm over the swell of migrants illegally crossing the southern border, and comes amid a fight over imposing tariffs on Mexico in retaliation for, President Donald Trump argues, is a lack of enforcement.

"We are in a full blown emergency, and I cannot say this stronger: the system is broken," acting Customs and Border Protection Commissioner John Sanders told reporters on a conference call.

RELATED: Trump's top trade adviser says Mexico tariffs 'may not have to go into effect'

Over the last five months, there's been a steady increase of migrants apprehended at the southern border, many of whom are families and children, according to CBP data. In late May, the agency also reported that more than 1,000 migrants were apprehended by Border Patrol agents in the El Paso sector, in what Department of Homeland Security officials said was the largest group of migrants ever apprehended together.

Brian Hastings, chief of law enforcement operations directorate at Border Patrol, said the agency has encountered 182 large groups -- defined as more than 100 people. "They've only increased as the fiscal year has gone," he said.

The surge of migrants has strained CBP, as well as other components of the Department of Homeland Security.

As of Monday, there were around 52,000 single adults in Immigration and Customs Enforcement custody -- an all-time high that exceeds funding levels yet again, according to the agency.

The demographic shift has presented a challenge to DHS -- from single adults from Mexico who could more easily be deported to families and children predominantly from Northern Triangle countries of Guatemala, Honduras, and El Salvador.

The number of apprehensions this fiscal year is on track to be the highest since 2006, he said.