More than 100,000 businesses got emergency loans on Day 1, but many remain frustrated 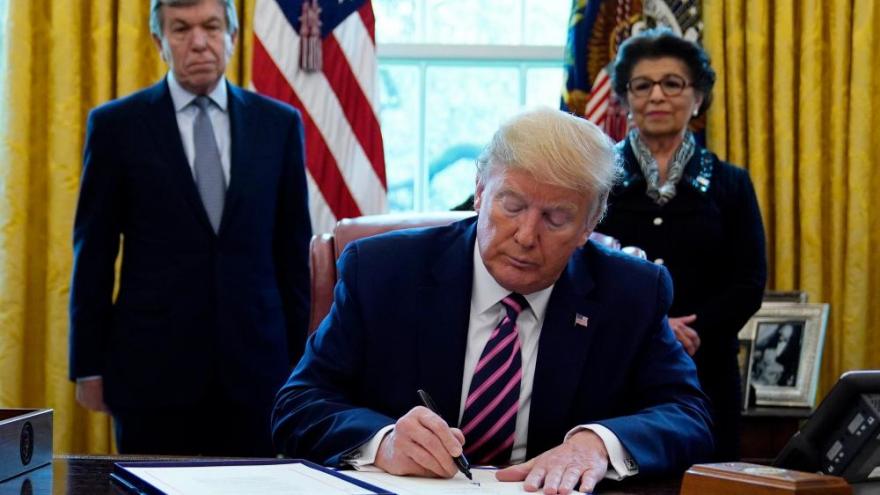 (CNN) -- Lenders and small business owners who had hoped the kinks had finally been worked out of the government's small business lending program were exasperated by their experience Monday, when system-wide shutdowns prompted a wave of complaints.

Business owners who have been waiting weeks for loans under the Paycheck Protection Program -- originally designed to make sure employers can keep workers on payroll during coronavirus closures -- may still be in the queue for a fresh round of $310 billion in cash after some small lenders failed to get even a few dozen applications uploaded.

Within minutes of the program relaunching Monday, people were sending screenshots of errors received by lenders trying to upload applications.

"It seems like the pace of this is slower than the last time around," one industry source said.

Monday's pain was acute because the grim realities of the first-come, first-served program are sinking in. Not every business that needs a loan is going to get one.

"I don't know what you do," said another industry source who works with business owners. "The demand is just going through the roof. There is a realization that there are not enough loans for everyone."

Lawmakers and Capitol Hill aides said the problems are the price of moving quickly, because businesses are in dire need.

But Treasury Secretary Steven Mnuchin promised stricter oversight of loan distributions on Tuesday after new revelations about big businesses getting money in the first wave -- including the Los Angeles Lakers.

"I never expected in a million years that the Los Angeles Lakers, which, I'm a big fan of the team, but I'm not a big fan of the fact that they took a $4.6 million loan. I think that's outrageous and I'm glad they returned it or they would have had liability," Mnuchin said during an appearance on CNBC.

He said the Small Business Administration will begin reviewing any loans over $2 million before those are forgiven. "So we will make sure that what was the intent for taxpayers is fulfilled here," he said.

He subsequently described that review as a "full audit of every loan over $2 million," noting that the "certification was very clear in saying that if people had other sources of liquidity they could not take this loan."

Mnuchin said it was "unfortunate" that a "small number of companies," including Shake Shack and Ruth's Chris Steak House, have "created a lot of publicity."

"I think it was inappropriate for most of these companies to take the loans. It was clear that there was a certification," he said, noting that Treasury is "encouraged" by the businesses that have paid those loans back.

The SBA said Monday afternoon that it had successfully processed more than 100,000 loans from more than 4,000 lenders.

The agency said "unprecedented demand" was responsible for glitches in the system lenders use to upload applications. The agency also noted that unlike the first round of loans, this time SBA set a pacing mechanism in the system to ensure that no one lender -- especially larger institutions -- could enter thousands of applications and outpace smaller banks. Rather, if a bank was trying to enter more than 350 applications within an hour, the system would time out.

But smaller banks nevertheless said they were struggling to get in many applications at all.

One source who represents community banks said they heard from bankers around the country who'd spent weeks getting their files ready for the relaunch only to be stalled at the start.

Several industry sources pushed back against the idea that the pacing mechanism was the sole reason the system was unreliable. Instead, arguing the issue was that SBA's system was simply not equipped to handle the volume despite multiple promises to Congress and industry that the system would be ready to go this time.

However, the scale and speed of the distribution is an issue. The SBA has never in the history of the agency loaned out the kind of money it is responsible for getting out the door right now. It would normally take SBA years to lend the more than $660 billion it is kicking out right now.

Last-minute changes to the program

Sources also pointed out that once again issues with the process Monday stemmed in part from a lack of clarity from Treasury and SBA on what the relaunch was going to look like.

It wasn't until Sunday afternoon that lenders learned the system would be paced every hour. On Sunday they also learned SBA was going to allow bankers with 15,000 applications or more to submit them in bulk. Even after the guidance was announced, SBA updated it again Monday to say they were lowering the limit for bulk applications to 5,000.

Banks then were forced to decide if it would be faster to try uploading applications on their own or pass them off to SBA for bulk processing. Sources said few banks ended up handing their bulk applications over out of fear that it could take SBA weeks to process them, leaving their customers in the queue after the money is gone.

Community bankers argued the bulk application options left them at a disadvantage. Congressional aides and those participating in the program have struggled throughout the process to get clarity on who qualifies for the loans and what banks' responsibilities are when it comes to know-your-customer requirements.

It wasn't until numerous high-profile and in some cases publicly-traded companies admitted they received the emergency loans that Treasury stepped in to remind businesses that they should only apply if they are in dire need.

What to watch next

President Donald Trump speaks in the Rose Garden -- The President is due to speak about the program, joined by small business owners, at 3 p.m. ET on Tuesday. No doubt the President has seen some of the frustrations with the program, but so far there have been no major changes to the way it functions or who is eligible.

Will bankers be able to upload applications more quickly on Tuesday? -- The slowdowns could mean it takes longer for the money to run out than first anticipated. But, if Round One was any indication, slowdowns in the application process were resolved as the week went on.

Who gets the money this time around -- On Monday, the Lakers joined the list of high-profile companies that got -- and returned -- loans. Treasury has tried to issue dire warnings for companies to only apply if they are in dire need. The first time around, businesses may not have realized the public scrutiny they'd be under. This time, it is worth keeping a close eye on who gets the money.

Congress is coming back -- Senate Majority Leader McConnell and Democratic leaders in the House announced on Monday that Congress will return next week. Already, jockeying is beginning for how Congress is going to fill its time once it returns. Expect Democrats to want to begin probing programs like SBA. Senate Minority Leader Chuck Schumer sent this warning shot Monday.

"Now that Leader McConnell has decided the Senate will reconvene next week, he should instruct his committee chairs to immediately begin vigorous and desperately needed oversight of the Trump administration's response to the Covid-19 pandemic and its implementation of the CARES Act," Schumer wrote. "There must be public Senate hearings, at a minimum, to examine why the United States still does not have adequate testing and why some lenders in the SBA's Paycheck Protection Program have prioritized the applications of their larger and wealthier clients to the detriment of smaller businesses that have oftentimes suffered greater hardship."