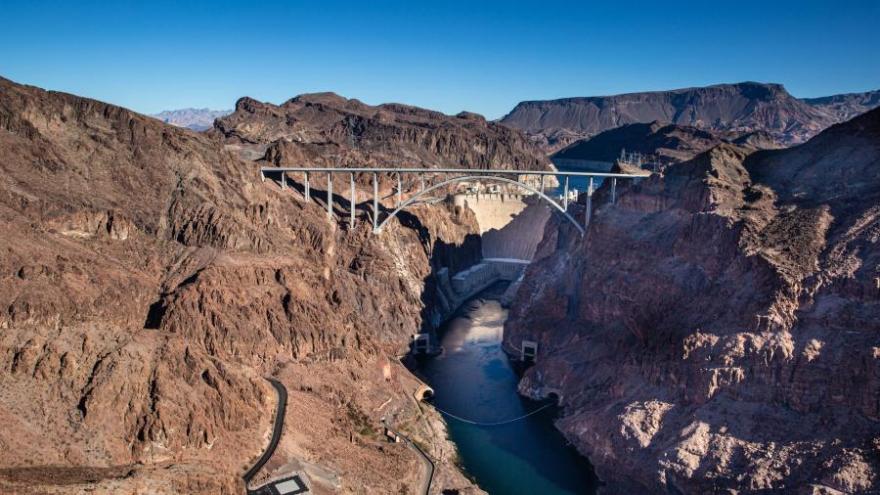 The West is far from the only region experiencing remarkably dry weather so far this year. According to Ta March 10 report from the US Drought Monitor, more than 61% of the contiguous US is in some classification of drought.

(CNN) -- The West is far from the only region experiencing remarkably dry weather so far this year. According to Thursday's report from the US Drought Monitor, more than 61% of the contiguous US is in some classification of drought.

It is the largest portion of the country in a state of drought since 2012, the year when the continental US saw an all-time record of 65% during September.

And in recent weeks, drought has increased significantly. In the last month alone, the percentage of the continental US in drought has jumped from 55% to more than 61%, an increase of nearly 170,000 square miles; an area larger than the size of California.

"The drought is pretty baked in," Justin Mankin, assistant professor of geography at Dartmouth College and co-lead of the National Oceanic and Atmospheric Administration's Drought Task Force, told CNN. "My expectation is fully that the American West is going to be in a drought through the rest of this year, at the very least."

"To recover from this thing, we're talking about multiple seasons of above-average precipitation," Mankin added.

But across many parts of the West, precipitation has "flatlined" since the beginning of the new year, scientists told CNN.

California's snowpack, which had been at 160% of normal in December, is down to around 90% due to the lack of new accumulation and some midwinter melting. A recent snow survey from the state Department of Water Resources (DWR) showed reservoirs across the state will likely not fill up again this year.

"Barring any unforeseen miracle March, which we don't actually see coming, we will end this year below average," Sean de Guzman, manager of the Snow Surveys and Water Supply Forecasting Program with the DWR, previously told CNN.

The same forecast is shaping up to be the case for the Colorado River basin. For the first time since it was filled more than 50 years ago, Lake Powell, the second-largest reservoir in the country, is projected to dip past a critical threshold, threatening water supplies and putting a key source of hydropower generation at heightened risk of being forced offline.

The US Bureau of Reclamation told CNN it is currently anticipating water levels in Lake Powell to reach a significant elevation of 3,525 feet above sea level sometime in the next week. Drought contingency plans define the 3,525-foot mark as a significant "target elevation" for the reservoir, under which the situation becomes dire.

While the West continues to see much drier conditions than the rest of the country, this week's US Drought Monitor emphasized "the southern Plains and South continue to dry out."

"As spring approaches and dormancy is broken, impacts are already showing in these areas and drought intensification is widespread with quickly expanding extreme and exceptional drought areas," it noted.

As the planet warms, drought and extreme heat will also fuel deadly fires. Multiple studies have linked planet-warming emissions and high temperatures to increased acreage of burning across the West, particularly in California.

On the other side of the country, the Bertha Swamp Road Fire is raging across the Florida Panhandle, and has moved through land covered by "thick, dry, and dead trees and vegetation left behind from Hurricane Michael," the Florida Forest Service said.

"Fire is one of the early impacts of the dryness," the Drought Monitor explained, noting the Florida fire and several others across the state as well as Georgia in recent weeks. According to the National Interagency Fire Center, the country has seen more than double the normal amount of fires and area burned. Through the end of last week, 8,349 fires were recorded, the most at this point in the year in at least a decade.

Globally, UN scientists found droughts that may have occurred only once every 10 years or so now happen 70% more frequently due to climate change. In the US alone, it has drained reservoirs, triggered water shortages, and primed the landscape for deadly wildfires.

Scientists say what the country has experienced in the past several years is just a preview of what's to come, unless the world cuts its reliance on fossil fuels and finds ways to quickly adapt to the crisis.