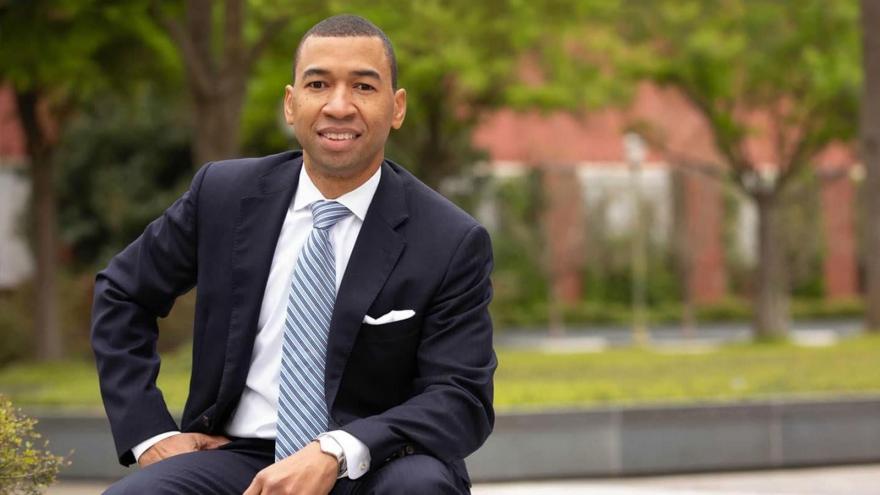 (CNN) -- In the two centuries since its founding, Alabama's capital of Montgomery and the birthplace of the civil rights movement has never had a black mayor.

That changed Tuesday when Montgomery County probate judge Steven Reed won a runoff election to become the first black mayor of the city founded in 1819. He defeated television station owner David Woods by more than 16,000 votes.

"Let the record show tonight, above all ... what we can do when we come together in this city and we build around positivity, around opportunity, and all the things that tie us together versus those things that keep us apart," Reed told supporters at a rally turned victory party.

Alabama's second-largest city is a city of contrasts. While it's the birthplace of the civil rights movement, it was also the first capital of the Confederacy early in the Civil War, and many streets and schools still bear Confederate names.

Montgomery later became the site of Rosa Parks' famed bus boycott in 1955 and Dr. Martin Luther King Jr.'s Dexter Avenue Baptist church, as well as the destination of the 1965 Selma-to-Montgomery protest marches that were met with brutal police violence and led to the Voting Rights Act.

Just last year, the nation's first memorial to the more than 4,000 victims of lynchings was opened in Montgomery.

"I am a lifelong resident of Montgomery. My family, I come from maybe about four generations of activists and community leaders. Many of those who came before me are now deceased and didn't get a chance to see this. But I'm so proud of my city," Smith said. "... My city, little bitty Montgomery, Alabama, a place known for racial tension actually came together and did something positive and historic."

Sixty percent of Montgomery's roughly 200,000 residents are black or African-American, according to the US Census.

Tiffany Pickens, 31, said the city has never been represented in a way that mirrors its demographics.

"Tonight is important, as a person of color, from a place with the history that Montgomery has, to see the city being represented by a person who shares values and understands the history of the city and who understands the struggle of this space is a huge deal ... makes me feel like I did when I watched President Obama take office."

A lot of people never thought this day would come, Pickens said.

"It was something that you never fathom but you hope for, you never expect to actually see it. And I did."

Dorsey Nelson, 67, who was born and raised in Montgomery, said he hopes the new mayor will continue to build on the progress made by the previous one.

"Not only that, he's gonna bring this town together, black and white people. I mean it's like - know I use the term black simply because he's black, but we're not gonna measure him by his color. We're going to measure him by what he does for the city of Montgomery," he said.

The sentiment was not just limited to African-Americans.

"I am a woman. I am white. I live in Montgomery, Alabama and I voted for Steven Reed," said Elizabeth Woodson, 26. " ... I grew up in Connecticut. I've lived in Montgomery since the beginning of last year. It was an obvious logical and correct choice. Reed's extremely experienced, but more importantly ... he represents the majority of the city and democracy is about majority. So that I think is very important."

With about 98% of precincts reporting, according to the Montgomery County Election Center, Reed won 32,511 votes while Woods got 15,891 votes.

Reed and Woods received the most votes in August in the city's 12-person primary, leading to Tuesday's run-off. In that vote, Reed got 42% while Woods earned about 25%, CNN affiliate WSFA reported.

Todd Strange, Montgomery's mayor since 2009, was not running for reelection.