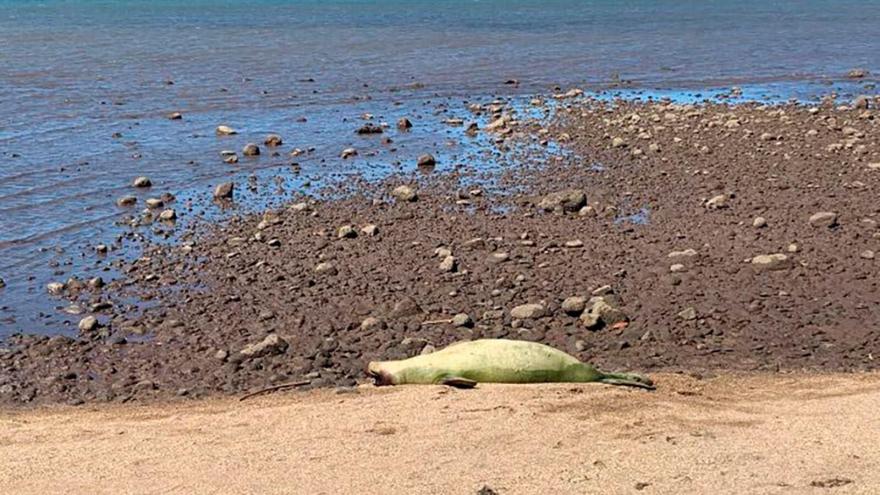 An endangered Hawaiian monk seal is shown on a beach on the island of Molokai, Hawaii. Federal officials said Tuesday, Dec. 21, that the seal was intentionally killed with a gun in September.

(CNN) -- A monk seal found on Hawaii's Moloka'i Island in September died of "an intentional gunshot wound to the head," The Hawaii Department of Land and Natural Resources (DLNR) announced in a news release Tuesday.

This is the third confirmed intentional killing of a monk seal this year, according to the department.

"Make no mistake folks, these intentional killings are evil, despicable acts," Jason Redulla, chief of the state's Division of Conservation and Resource Enforcement said during a Monday briefing.

National Oceanic and Atmospheric Administration (NOAA) told CNN in an email that it confirmed a gunshot wound to the head was the cause of death following a post-mortem exam. NOAA is still investigating to see if the seal had any diseases, DLNR said.

"The Hawaiian monk seal is one of the most endangered seal species in the world," according to NOAA. There are about 1,400 monk seals in the Hawaiian archipelago, the administration estimates.

"The intentional killing of a monk seal is both a state and federal crime," DLNR said.

Authorities are asking for anyone with details about the incident to come forward, adding that rewards may be issued for those who provide information leading to an arrest and conviction.

"It is past time for anyone who has information on the killing of this seal and the others to step forward," DLNR Chair Suzanne Case said.