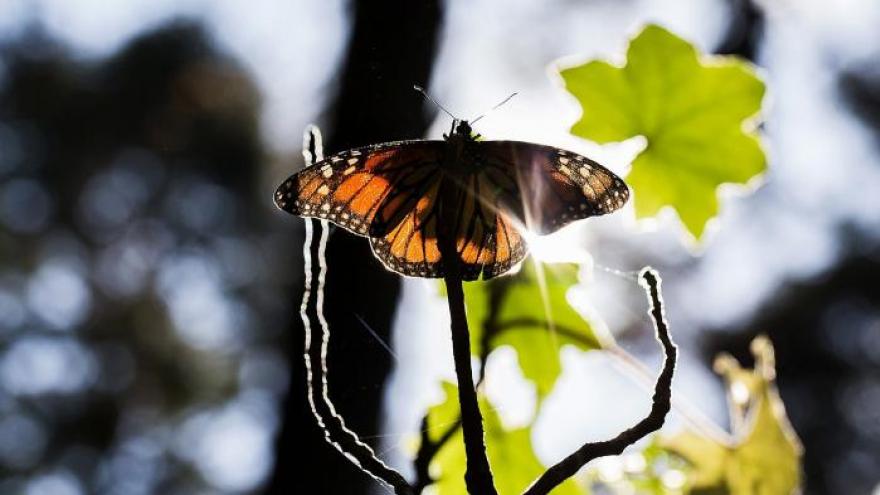 Populations of monarch butterflies have plummeted in recent years. But a new study suggests that some efforts to save the majestic insects, such as breeding in captivity, could actually make things worse.

(CNN) -- Populations of monarch butterflies have plummeted in recent years. But a new study suggests that some efforts to save the majestic insects, such as breeding in captivity, could actually make things worse.

Many monarch butterflies are bred in captivity and then released in the summer and autumn by enthusiasts in an attempt to boost their dwindling numbers. The enthusiasts hope this will increase the number of monarchs that will migrate south to Mexico or Southern California, as they traditionally do every winter in North America.

But there appears to be a snag.

Monarch butterflies born in captivity show signs of having difficulty migrating south, according to a study from a group of researchers at the University of Chicago.

The study, published Monday in the Proceedings of the National Academy of Sciences, says that something about captivity changes the butterflies' migratory patterns.

"We hope this will be an avenue into understanding how monarchs are losing migration," Marcus Kronforst, the study's senior author and an associate professor of ecology and evolution at the University of Chicago, said in a statement on the school's website.

"These monarchs have been brought into captivity and prevented from migrating for many generations, and they have genetically lost migration. It's a microcosm for what's happening naturally."

For the study, lead author and Ph.D. student Ayse Tenger-Trolander purchased monarch butterflies from a commercial breeder and put them in an outdoor garden on the roof of a building. Although the monarchs were in mesh cages, they still were exposed to natural light, temperature and moisture. After these butterflies mated, Tenger-Trolander collected the eggs and raised the offspring into adulthood.

Tenger-Trolander put these butterflies in an open-ended metal cylinder that served as a "flight simulator" to see which direction they would attempt to fly.

As a group, these monarchs -- the offspring of the butterflies purchased from the commercial breeder -- didn't attempt to fly south.

In a second experiment, she took monarch butterflies captured in the wild and raised their offspring indoors. In the flight simulator, this group didn't turn south, either.

"We know there are many hobbyists and enthusiast breeders who are trying to do their best husbandry and avoid buying from commercial breeders," Tenger-Trolander said in the statement. "But there could be an issue with the way they're raising them indoors too."

The research showed that "migratory behavior is remarkably sensitive to genetic and environmental change" and that monarch butterflies from commercial breeders and raised in captivity are different genetically from monarchs in the wild.

The captive monarchs had rounder forewings, similar to the forewings on monarchs that don't migrate.

"We can't point to a single genetic change that did it because there are lots of them," Kronforst said. "But we think somewhere buried in the genome are changes that have broken it."

The US Fish and Wildlife Service has considered putting monarch butterflies on the endangered species list.