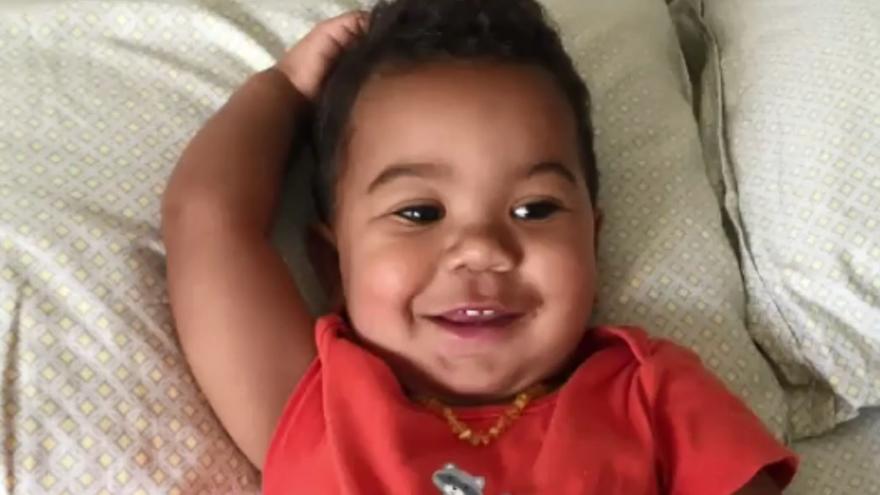 She says Etsy shares the blame after her son died after a necklace she bought on the site strangled him.

On December 10, 2016, Deacon Morin was found dead at a childcare center in Fontana. He was strangled to death after a necklace he was wearing tightened around his neck and didn't release.

The necklace was given to his mother as a gift by a close friend. It was purchased on Etsy.

The necklace was described as a baltic amber teething necklace for your baby.

"Baby necklaces, if you use a baby necklace should have a releasing safety clasp so if there's any pulling on it, it releases. This one that was purchased on Etsy.com.had a screw on clasp that could not be released. And so when baby Deacon was hung up on something, it didn't release and caused him to suffocate."

Danielle Morin's attorney John Carpenter says Etsy is legally liable for Deacon's death and has filed a lawsuit against Etsy and the Lithuanian company that provided the necklace.

"The items in our marketplaces are produced, listed, and sold directly by independent sellers, so Etsy cannot and does not make any warranties about their quality, safety, or even their legality. Any legal claim related to an item you purchase must be brought directly against the seller of the item. You release Etsy from any claims related to items sold through our Services"

Carpenter says Deacon's mother didn't agree to the legal disclosures because she received the necklace as a gift.