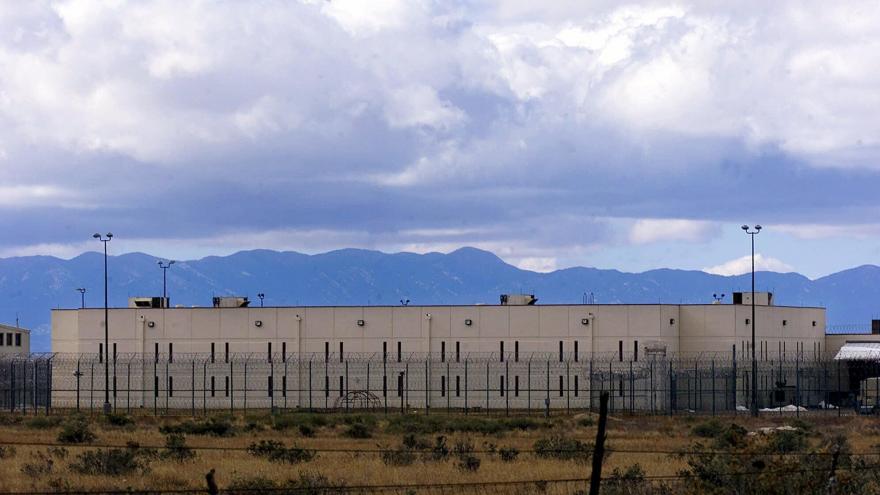 The Department of Homeland Security inspector general called for the "immediate relocation" of all detainees from an Immigration and Customs Enforcement facility in New Mexico, citing unsanitary conditions that included clogged toilets, mold and water leaks.

(CNN) -- In an unprecedented move, the Department of Homeland Security inspector general called for the "immediate relocation" of all detainees from an Immigration and Customs Enforcement facility in New Mexico, citing unsanitary conditions that included clogged toilets, mold and water leaks.

Inspector General Joseph Cuffari issued a "management alert" for the Torrance County Detention Facility in Estancia, New Mexico, after the office's inspectors found critical staffing shortages and unsanitary living conditions that led to health and safety risks for the people housed at the facility.

Management alerts are only issued when the watchdog believes that urgent and immediate action by an agency is needed.

"During our inspection, we found such egregious conditions in the facility that we are issuing this management alert to notify ICE," the report says.

The inspection team also found broken sinks and faucets that did not have hot water.

This is the first time the DHS inspector general has called for the immediate removal of detainees from an ICE facility, according to a spokesperson for the office.

ICE, however, disagreed with the conclusions of the report, setting up a dispute between the watchdog and the agency.

Inspector general investigators visited the Torrance facility as part of an unannounced in-person inspection from February 1 to February 3. At the time, the facility housed 176 male ICE detainees.

During their visit, inspectors found "critical staffing shortages." Staffing levels should have 245 full-time staff, but at the time, Torrance only had 133 full-time employees, 54% of the requirement. A majority of the vacancies (94 positions) were in the area of security, the inspectors found.

According to the alert, staff acknowledged the shortage, with one employee indicating the reason could be the facility's remote location, which is a one-hour drive from Albuquerque, New Mexico.

The facility receives around $2 million a month to house detainees for ICE, according to the alert.

The inspector general is required by law to conduct unannounced inspections of the roughly 130 ICE facilities around the US.

Additionally, the management alert found that staff and detainees were exposed to "excessive and avoidable" unsanitary conditions. Eighty-three detainee cells had plumbing issues, including toilets and sinks that were inoperable, clogged or continuously cycling water.

There were also "security lapses" throughout the facility. Officers did not properly supervise and monitor detainees in the housing units, according to the report. For example, there were blind spots under stairwells and behind barrier walls.

Control rooms were also found to be "dark and empty without posted officers."

In a statement to CNN, Cuffari said that he is "hopeful that the Department, in coordination with CoreCivic, can quickly address the underlying conditions that led to our recommendation." The facility is owned and operated by CoreCivic, a private company that manages housing for ICE.

The contract officials are Department of Homeland Security employees who are responsible for monitoring contracts and ensuring work is performed.

For instance, ICE disagreed with the watchdog's characterization of the facility as being "critically understaffed."

"ICE is fiercely committed to ensuring that noncitizens in its custody reside in safe, secure, and humane environments," wrote ICE Acting Chief of Staff Jason Houser in a memo to the inspector general. "While ICE leadership continues to work on improving conditions at the (facility) in Estancia, New Mexico, we do not agree with the OIG's overall conclusion that it does not provide a safe, secure, and humane environment."

Houser said that ICE has "serious concerns about the accuracy and integrity of this report" and whether the report met standards for inspection and evaluation, saying it "appears the Inspector General falsified or mischaracterized evidence and ignored facts."

CoreCivic also took issue with the report, accusing the inspectors of acting in an "unethical manner," said Steven Owen, vice president of communications for the company. "We're asking for an immediate review of the conduct of the inspectors," Owen told CNN.

According to Owen, two of the photos in the report -- which show a moldy sink and clogged toilet with human waste -- are in portions of the facility that were unoccupied and scheduled for repairs. "Under no circumstances would detainees ever be placed in living areas with inoperable equipment," he said.

In terms of staffing shortages, Owen said both public and private secure facilities around the country face challenges, adding that the "facility was appropriately staffed for the population size at the time of the inspection."

ICE took particular issue with a photo of a detainee holding a cup under running water described as the "mop sink." ICE said that video surveillance showed the "photo was staged" by the investigators. "The photo was knowingly given a false description," Houser wrote.

According to the inspector general alert, during the walk-through of the detention center, inspectors observed the pictured detainee filling a cup with water from a communal area faucet intended for filling mop buckets, but were unable to photograph the detainee in time as he did so.

Inspectors asked him to demonstrate how he filled the cup to allow for a photo to document the issue, according to the inspector general.

"The photo was not staged, but rather a recreation of what the team had observed just moments prior," the alert says.

The inspector general stood by its management alert, publishing it on Wednesday and making it public Friday.

"We consider the (inspector general) recommendation unresolved and open," the report concludes.