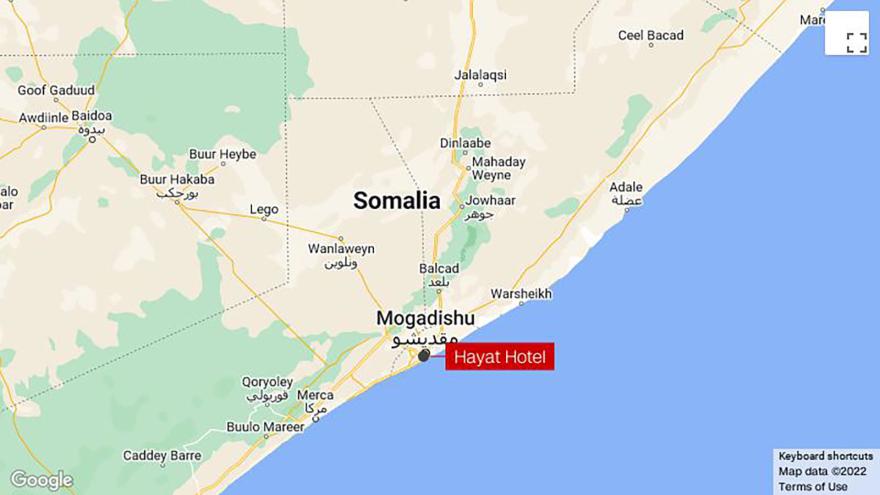 By Omar Nor, CNN

(CNN) -- At least 20 people have been killed after unidentified gunmen stormed an upscale hotel in the Somali capital, Mogadishu, on Friday evening, officials said, following gunfire and large explosions in the area.

Police Major Yasin Haji told CNN at least 50 others have been injured in the ongoing attack on the Hayat Hotel.

A number of gunmen are holding hostages and still firing from inside toward security forces slowing the operation to retake control of the hotel, Haji added.

"It took us over 24 hours to end the terrorist siege at Hayat Hotel because the attackers took civilians as hostages and used them as human shields. We cleared the first and top floors. But they are still in the middle two floors," Haji said.

Ahmed Abdi, a doctor at Madina Hospital, said that the death toll was likely to rise and many victims were in critical condition. Madina is one of the two major hospitals in Mogadishu where most of the victims were taken.

Police Major Farah Hussein confirmed to CNN that Somali security forces had entered the Hayat Hotel building and regained most of the control from gunmen. The area is frequented by lawmakers and government officials.

The Al Qaeda-linked terrorist group Al-Shabaab claimed responsibility for the attack in a statement posted on its affiliated online sites, saying its fighters managed to take over the hotel after blasting their way into the building. CNN has not independently confirmed the claim.

A US airstrike on Sunday killed 13 members of the al-Shabaab group, according to a statement by US Africa Command earlier this week. It is unclear if the Friday attack is connected to that strike.

In May, US President Joe Biden decided to redeploy troops to Somalia in support of the local government and to counter al-Shabaab. The move reversed a decision by former President Donald Trump to withdraw all US troops from the country.