MLB's decision to move its All-Star Game out of Georgia will have a $100 million impact on the state, tourism official says 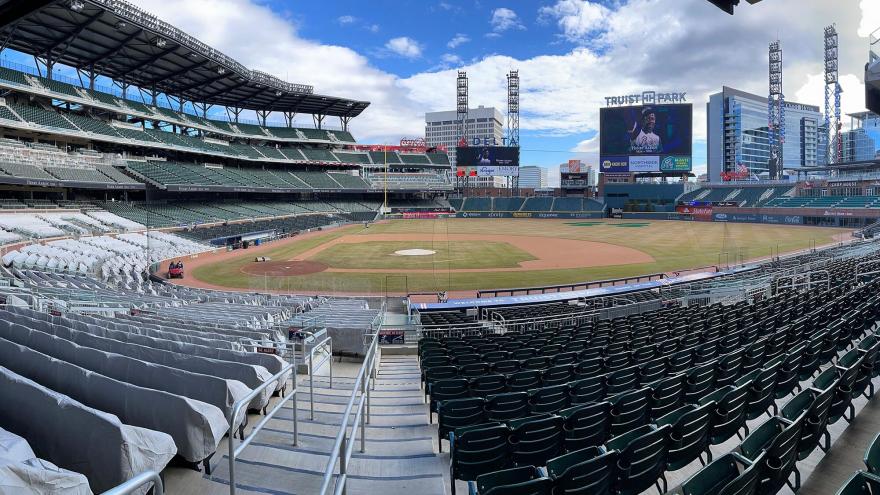 Major League Baseball's decision to move its All-Star Game from Georgia in response to a new restrictive voting law is likely to cost the state tens of millions of dollars.

(CNN) -- Major League Baseball's decision to move its All-Star Game from Georgia in response to a new restrictive voting law is likely to cost the state tens of millions of dollars.

The "estimated lost economic impact" from the relocation is more than $100 million, according to a statement from Holly Quinlan, president and CEO of Cobb Travel and Tourism.

This comes as the tourism industry, one of the hardest hit during the Covid-19 pandemic, is still struggling to rebound.

"In the initial stages of the pandemic, many Cobb [County] hotels saw single digit occupancy numbers," Quinlan said. "The 8,000-plus MLB contracted hotel room nights that will not actualize as a result of the MLB All-Star Game relocation will have a negative impact on Cobb's hospitality industry and other local businesses, further delaying recovery."

MLB announced Friday that this season's All-Star Game and draft will not be held in Atlanta in response to the recently passed law in the state that critics say would make it harder to vote.

"This was neither our decision, nor our recommendation and we are saddened that fans will not be able to see this event in our city," according to a statement from the team. "Unfortunately, businesses, employees, and fans in Georgia are the victims of this decision."

The legislation, which was signed last week by Republican Gov. Brian Kemp, imposes voter identification requirements for absentee ballots, empowers state officials to take over local elections boards, limits the use of ballot drop boxes, and makes it a crime to approach voters to give them food and water as they wait in line.

Immediately after MLB announced the move, state Republicans behind the law blamed some of its leading Democratic critics -- including Stacey Abrams, a Georgia Democrat and voting rights advocate.

Kemp on Saturday continued to blame President Joe Biden and Abrams for the recent backlash he received from companies in the state and said he "will not be backing down from this fight."

"Cancel culture and partisan activists are coming for your business," Kemp said at a press conference. "Major League Baseball, Coca-Cola and Delta may be scared of Stacey Abrams, Joe Biden and the left, but I am not."

Atlanta Mayor Keisha Lance Bottoms, a Democrat, told CNN's Fredricka Whitfield that MLB's decision "is really probably the first of many boycotts of our state to come."

The mayor said on Twitter that "until the unnecessary barriers put in place to restrict access to the ballot box are removed," she expects Georgia to suffer many more consequences.