MLB rules are changing and players aren't happy about it 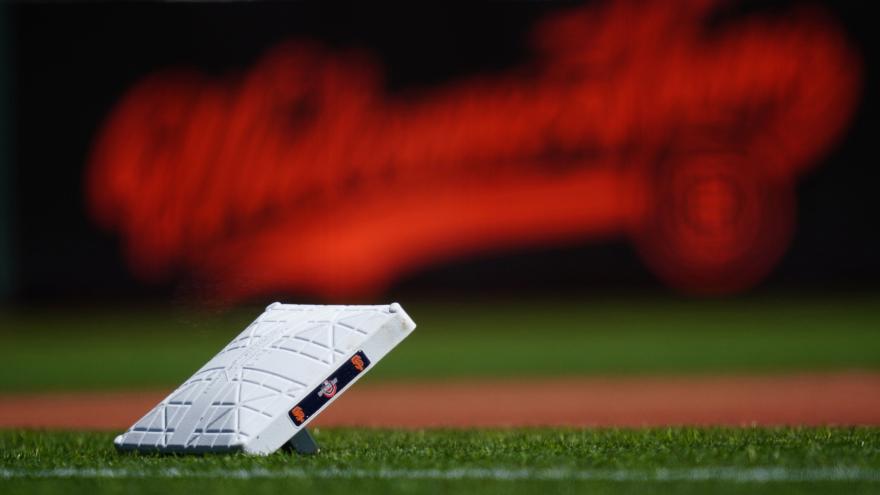 (CNN) -- Major League Baseball announced Friday three rules changes to take effect in the 2023 season, after receiving a majority vote from the Competition Committee. The players union has expressed disapproval of two of the new rules.

Another new rule will put restrictions on the defensive shifts teams are allowed to employ.

Two infielders will be required to be positioned on each side of the second base and all four infielders must be positioned within the outer boundary of the infield. MLB says the changes "will return the game to a more traditional aesthetic" with the goal of "encouraging more balls in play, giving players more opportunities to showcase their athleticism, and offsetting the growing trend of alignments that feature four outfielders."

The league will also implement larger bases in 2023, increasing from 15 inches square to 18 inches square. Larger bases have reduced base-related injuries by 13.5% in the Minor Leagues this season, according to the league. Additionally, the larger bases reduce the distance between bases by 4.5 inches, which the league expects will encourage more base stealing.

"These steps are designed to improve pace of play, increase action, and reduce injuries, all of which are goals that have overwhelming support among our fans," Manfred said.

"Throughout the extensive testing of recent years, Minor League personnel and a wide range of fans -- from the most loyal to casual observers -- have recognized the collective impact of these changes in making the game even better and more enjoyable. We appreciate the participation of the representatives of the Major League Players and Umpires in this process."

The Major League Baseball Players Association issued a statement expressing the union's disapproval of the new rules regarding the pitch clock and defensive shifts.

"Player leaders from across the league were engaged in on-field rules negotiations through the Competition Committee, and they provided specific and actionable feedback on the changes proposed by the Commissioner's Office," the players association said.

"Major League Baseball was unwilling to meaningfully address the areas of concern that Players raised, and as a result, Players on the Competition Committee voted unanimously against the implementation of the rules covering defensive shifts and the use of a pitch timer."

The Competition Committee which voted to adopt the new rules was created as a part of the Collective Bargaining Agreement negotiated between the league and the players association earlier this year.